The rare human body also has been attained infinite times in the past, however, nothing worthwhile has been achieved. Nevertheless, fulfilled, is this human body, in which the soul has recognised the Enlightened One, and has taken refuge in that greatly virtuous One. To leave this body in the shelter of such a One whose tutelage has resulted in the reduction of various types of false insistences, alone is worthwhile. Only the refuge of One, who possesses self-realisation that destroys the cycles of birth, old age and death, can bring an end to the cycles of birth, old age and death of the soul, because that is the most appropriate remedy. The association of this body with this soul will last as long as it is destined, after which the relation with the body will cease. Sooner or later, its dissociation is certain. However, that birth alone is fulfilled where the body is left in the refuge of the Enlightened One. With such a shelter, one attains abidance in the Self in that lifetime, or soon thereafter.

You and Shri Muni visit Khushaldas at opportune times. If the possibility of him taking the vows of brahmacharya (celibacy), aparigraha (nonpossessiveness), etc., as per his capacity is seen, then there is no objection in Muni making him do so.

May there always be shelter of the path of liberation, as expounded by Shri Sadguru. 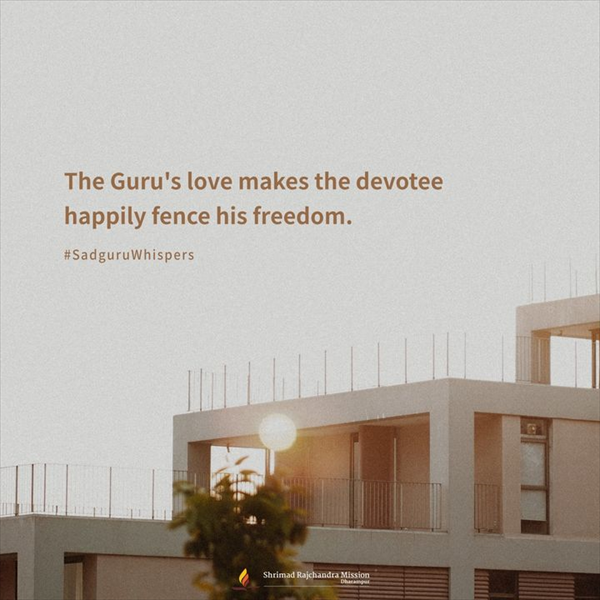 The Guru's love makes the devotee happily fence his freedom.

If you won't try for your spiritual welfare now, then when? 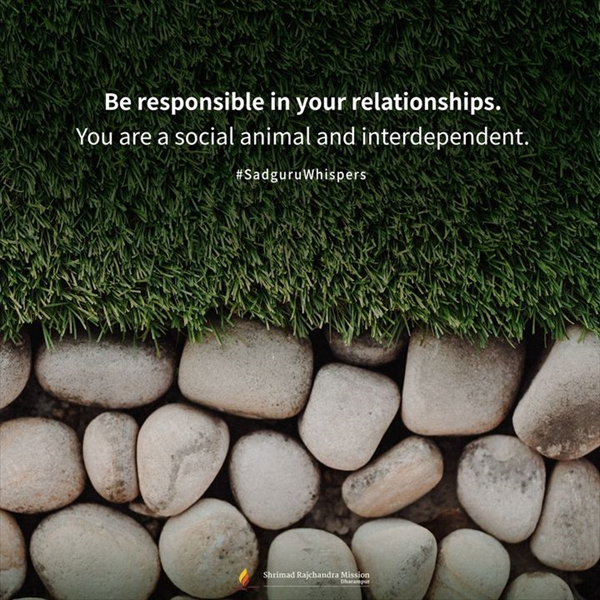 Be responsible in your relationships. You are a social animal and interdependent.

Let the Guru's words be your inner strength; a booster, tonic giving you spiritual health & vitality.

View All
#SadguruWhispers If you won't try for your spiritual welfare now, then when?