6 July 1891, Mumbai
An account of the first meeting with Param Krupalu Dev in Mahatma Gandhi’s own words taken from his article titled ‘Raichandbhaina Ketlak Smarano’
I was introduced to Raichandbhai in the month of July of the year 1891, on the very day I returned to Mumbai from abroad. At this time of the year the sea is stormy. So the ship had reached late and it was already night. My stay was at the residence of a doctor – barrister and now a renowned jeweller of Rangoon – Pranjivandas Mehta. Raichandbhai was his elder brother’s son-in-law. The doctor himself introduced me to him. I was also introduced to his another elder brother, Jhaveri Revashankar Jagjivandas on the same day. The doctor introduced Raichandbhai as a 'poet' and told me, ‘though a poet, he is in the business with us. He is a man of great spiritual knowledge and a shatavadhani. (One who can pay attention to a hundred things simultaneously)’. Someone suggested that I should make him listen to some words and no matter which language the words belonged to, he would repeat them in the same order in which I had uttered them. I was surprised to hear this. I was young, foreign returned, with the pomp of my knowledge of languages; the air of abroad wasn’t less in me at that time. To be foreign returned meant descending from high above. I poured all my knowledge and firstly wrote down words from different languages – because how else would I remember the order? And thereafter I read out those words. In the same order Raichandbhai softly repeated all the words, one after another. I was delighted, astonished and built a high opinion regarding the poet’s powerful memory. This experience was good enough to deflate my air of abroad.

The poet had absolutely no knowledge of English. His age at that time was not more than twenty- five. Even in Gujarati school, he had studied very little. In spite of this, such powerful memory, such knowledge and such respect from everyone around him. I was enchanted. Powerful memory is not sold in schools. If one desires and is eager to know, then knowledge can be acquired even outside of school. And to earn respect one need not go abroad or elsewhere but virtues are always respected. I learnt this lesson as soon as I landed in Mumbai. This acquaintance with the poet went a long way. 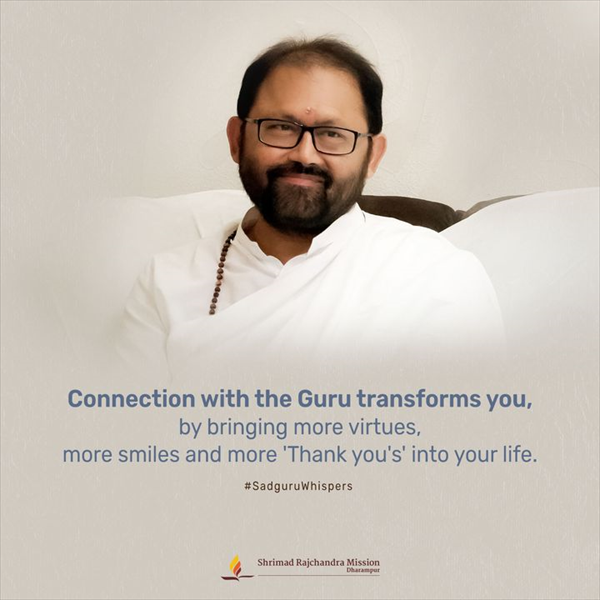 Connection with the Guru transforms you, by bringing more virtues, more smiles and more 'Thank you's' into your life. 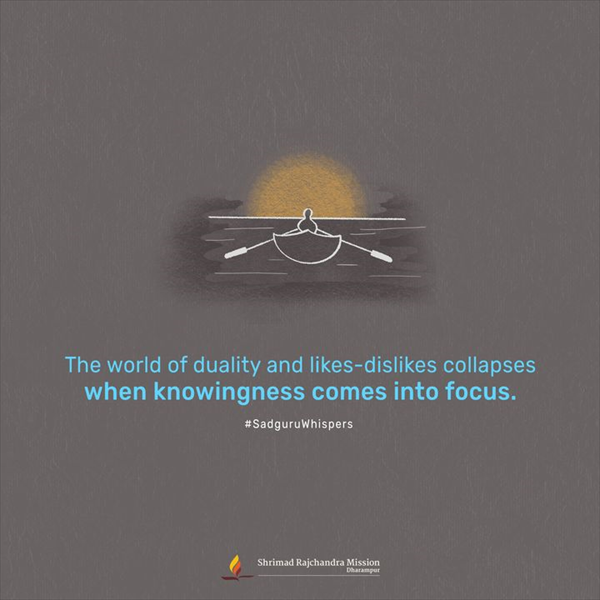 The world of duality and likes-dislikes collapses when knowingness comes into focus. 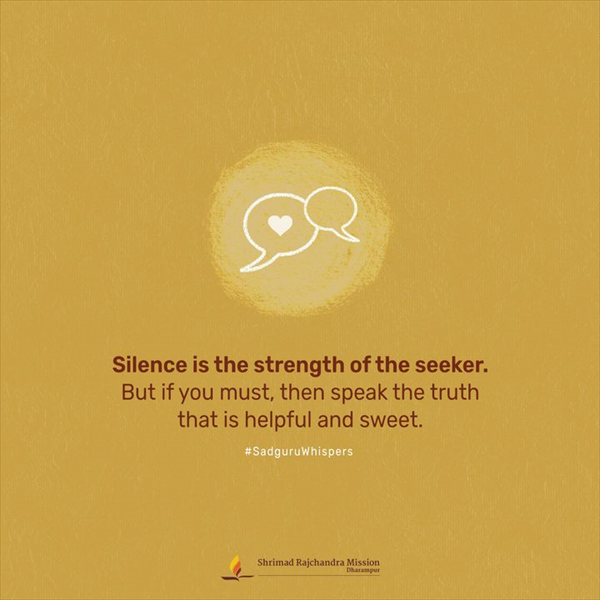 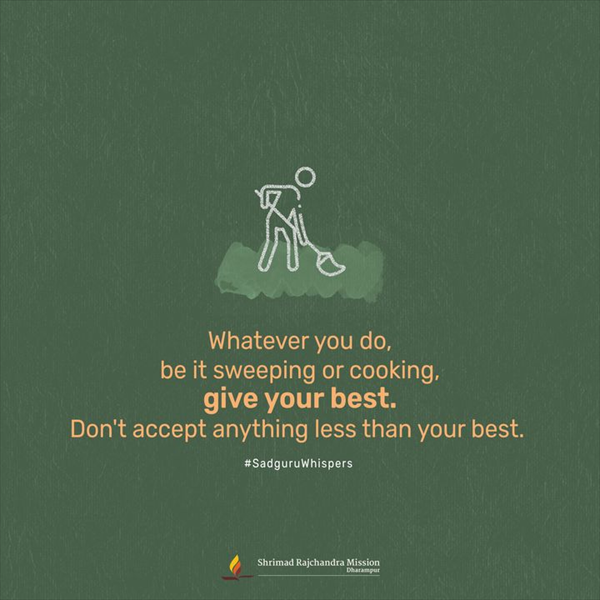 View All
#SadguruWhispers The world of duality and likes-dislikes collapses when knowingness comes into focus.