Jainism – The Path to Eternal Peace

Rooted in the ancient wisdom of Jainism, one of the oldest religions of the world, is the timeless path to peace and bliss. Discover the philosophy and its foundations
A retreat from worldly doings and reverting to the self within. Jain comes from the word Jina – a spiritual victor. Jina is the conqueror. One who has conquered all desires, attained infinite knowledge, and complete liberation from the cycles of birth and death. One who follows the path of the Jina is a Jain.

The aim of Jain philosophy is to purify the soul, manifest its natural virtues, and reside in the state of everlasting bliss. It describes a clear path, logical and empirical, to advance spiritually and reach the final destination of liberation or moksh. Beyond all confines of mortality and material existence.

The soul is ignorant of its true nature and bounded by karma since eternity. It migrates from one life cycle to another and continues to bind new karma from its actions of attachment and aversion. The process of shedding this karma from the soul, is the path to moksh.

Absolute faith in the true nature of yourself and reality.
Pure knowledge that reveals the nature of reality, certainly and the way it is.
Right conduct that frees you from attachment and aversion, leading to the state of equanimity.

The Jain philosophy was passed on through the genius of one of the greatest spiritual teachers of all time, Lord Mahavira.

The 24 prophets, enlightened ones, or Tirthankaras, laid down the path for the spiritual uplift of humanity. Lord Mahavira was the last and 24th Tirthankara. An exponent, rejuvenator and propagator of Jainism, He brought together the beliefs and practices of His predecessors and created the social order which has endured today.

Mahavira, who was thirty years older than the Buddha, the founder of Buddhism, preached His teachings more than 2500 years ago. Born in 599 B.C., to king Siddhartha and queen Trishla, in a royal household near modern day Patna in Northern India, Mahavira was a young boy of enquiring spirit.

At the age of thirty, he renounced worldly life, gave up all His possessions, and became a monk. He spent twelve and a half years in deep meditation, self-inquiry and austerity. In the wilderness, the wandering ascetic was seeking truth alone. At last, during one period of meditation by the side of a river, He obtained the state of infinite knowledge – kevaljnana. He was forty-two. This was the fourth of the five great events of Mahavira’s life – His conception, birth, renunciation, and now enlightenment. The fifth great event, liberation, came thirty years later. During these years, strengthened by His all-knowingness, He spread the message of non-violence, truthfulness, non-stealing, celibacy, and non-possessiveness.

Mahavira epitomises the highest form of virtue and human perfection. When we honour Him, we do not ask Him for present help, but we meditate on His example and teachings, and seek to draw the real meaning of these into our own existence.

His legacy is a perennial source of inspiration.

Lord Mahavira established the four-fold order – He formed the ethos and conduct for monks, nuns, lay men, and lay women. He had eleven chief disciples. Nine attained liberation during His lifetime, while the other two, Gautamswami and Sudharmaswami, led the mission for protecting and guiding the four-fold order. Jambuswami, a disciple of Sudharmaswami, was the last omniscient of this era. After Jambuswami, the lineage of leading the four-fold order is continued by great monks, acharyas and saints, to the present day. The gospels and teachings of Mahavira were inscribed by the chief disciples in the Agams. There are 45 Agams accessible today. These canonical texts serve as the guiding light for seekers on the path of self-realization – an oasis of truth for the thirsty traveler in the desert of life. 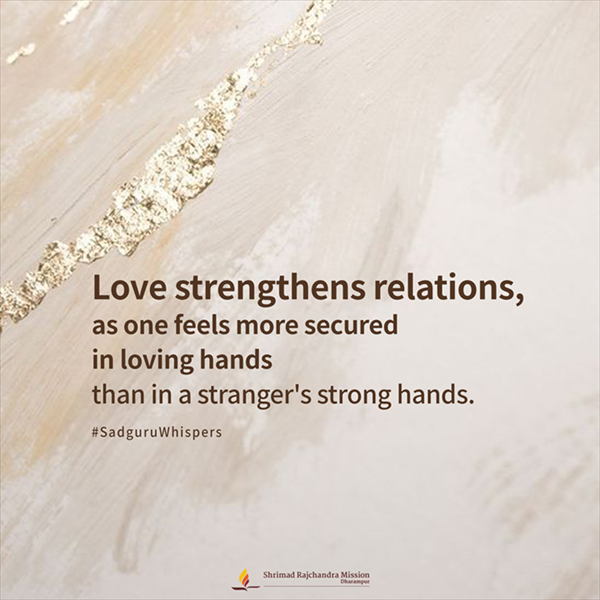 Love strengthens relations, as one feels more secured in loving hands than in a stranger's strong hands. 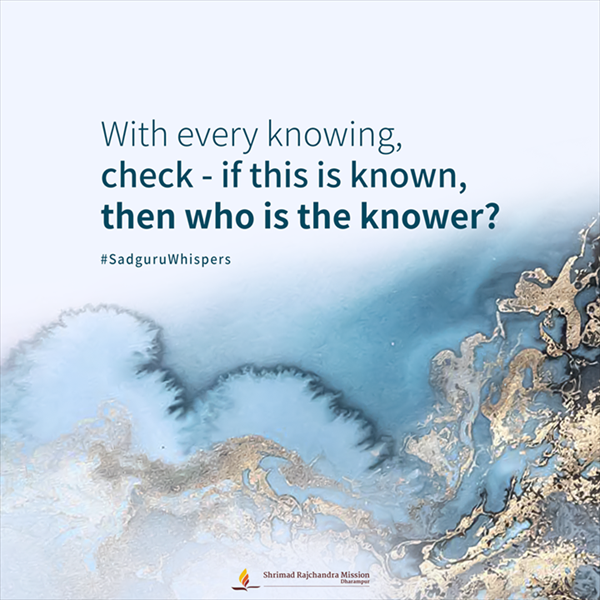 With every knowing, check - if this is known, then who is the knower? 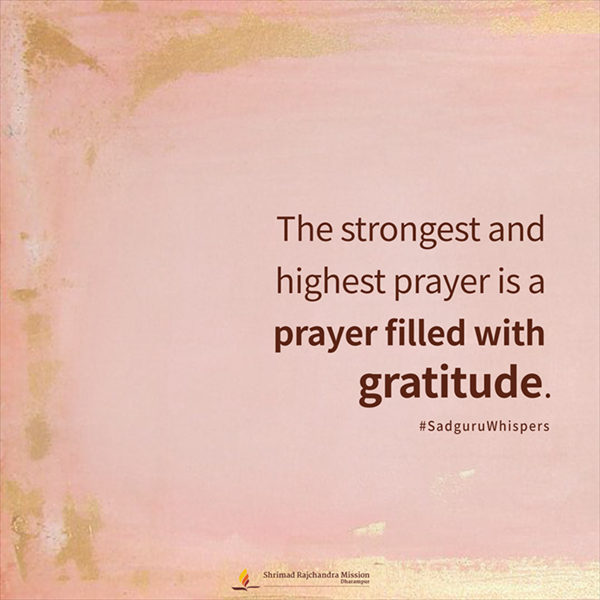 The strongest and highest prayer is a prayer filled with gratitude. 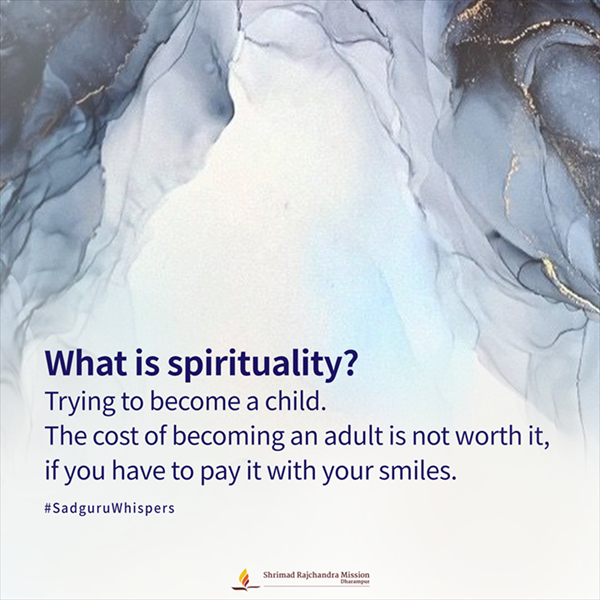 What is spirituality? Trying to become a child. The cost of becoming an adult is not worth it, if you have to pay it with your smiles.

View All
#SadguruWhispers With every knowing, check - if this is known, then who is the knower?