Param Krupalu Dev: As a Sadguru

Param Krupalu Dev’s Divine Life is a mine of exemplary qualities. Digging deeper and deeper into His life, we unearth the hidden jewels. Let us view His life from various perspectives, marvel at His unmatched virtues and draw inspiration to walk on His footsteps.

A Sadguru is often referred to as a spiritual teacher. But let us understand the difference between a Sadguru and a teacher. While it may not be completely incorrect to correlate these roles, there is one critical virtue that differentiates a Sadguru from a teacher. Every good teacher has two qualities – knowledge and the ability to impart that knowledge to others. But a Sadguru not only imparts knowledge but also revolutionises the whole life of His disciple by making him practice the art of spirituality. Oozing with compassion, the Sadguru personally oversees this metamorphosis by training the disciple and ensuring that he develops virtues and uproots his vices.

Param Krupalu Dev’s life gives us numerous glimpses into His role as a Sadguru. His life beautifully reflects the manifestation of the three virtues of a Sadguru – His exemplary knowledge, His phenomenal ability to teach and His compassionate role of training disciples.

Param Krupalu Dev revelled in the bliss of the soul. Thereby, any teaching of Param Krupalu Dev bore the testimony of His first hand experience. At the tender age of seven years, He attained Jatismaranjnan (recollection of several past lives) through which He established continuity with His previously attained elevated state of knowledge, meditation and penance. At the age of 13 years, He carried out the study of Jain Agamas in just 15 months. Thus right from a very young age, Param Krupalu Dev had gained enormous knowledge of various scriptures which synergised with His personal experience.

Along with His vast knowledge Param Krupalu Dev had the ability to present it in a lucid manner suiting the grasping capacity of the listener. Thus, spiritually parched souls quenched their thirst with His wisdom and insight. Shri Popatbhai Manjibhai Desai, Param Krupalu Dev’s friend from young age, shares that right from His childhood, many scholars would come to Him to resolve their doubts or to discuss and debate on certain topics. Their doubts would get solved and they would bow down to Him in awe of His knowledge. Popatbhai adds that once Param Krupalu Dev explained the teachings in Suyangdang Sutra to three sadhvijis to clarify that they were simple wonderstruck and exclaimed that they have never heard such exposition before.

A Sadguru, like a doctor, understands the present situation of His disciples and then prescribes solutions that will cater precisely to their needs. This quality of a Sadguru was evident in the way Param Krupalu Dev guided His disciples. Responding to the need of guidance to Shri Lalluji Muni, Param Krupalu Dev composed ‘6 padano patra’ for him. Understanding Shri Saubhagyabhai’s plight that it would be difficult for him to memorise ‘6 padano patra’ in prose at his old age, Param Krupalu Dev composed Shri Atmasiddhi Shastra encompassing the teachings of ‘6 padano patra’ in poetic form. Numerous letters to Shri Juthabhai, Shri Ambalalbhai etc. are filled with specific guidance which was required by them.

On the path of spiritual transformation, a disciple passes through joyous peaks of progress as well as valleys of demoralising feelings when he experiences his vices overpowering him. In times like these, a Sadguru motivates the disciple to valiantly progress on the path of liberation. Param Krupalu Dev, in His role as a Sadguru, knew exactly which of His disciple passed through which phase. In Patrank – 819, Param Krupalu Dev motivates Shri Ambalalbhai not to get stuck in regret but to spiritedly walk on the path shown by the Enlightened Ones, then the state of liberation is easily attainable.

Meeting Param Krupalu Dev often brought about a turning point in those who met Him. However, a Sadguru like Param Krupalu Dev will not restrict His compassion to those who were blessed to live along with Him. He ensured that the message propounded by the Lord reaches to numerous souls for years to come. His thought provoking and soul stirring writings continue to unravel the simplicity of spiritual path and guide seekers across the globe to experience the true bliss of the soul even today. Glory to such a compassionate Sadguru – Param Krupalu Dev. 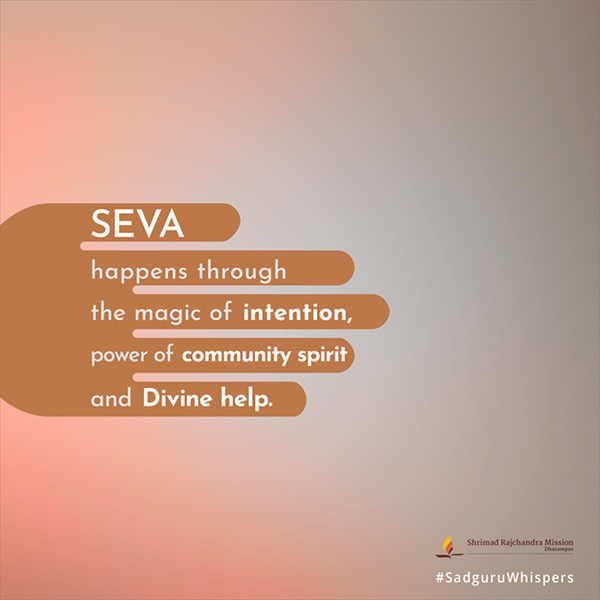 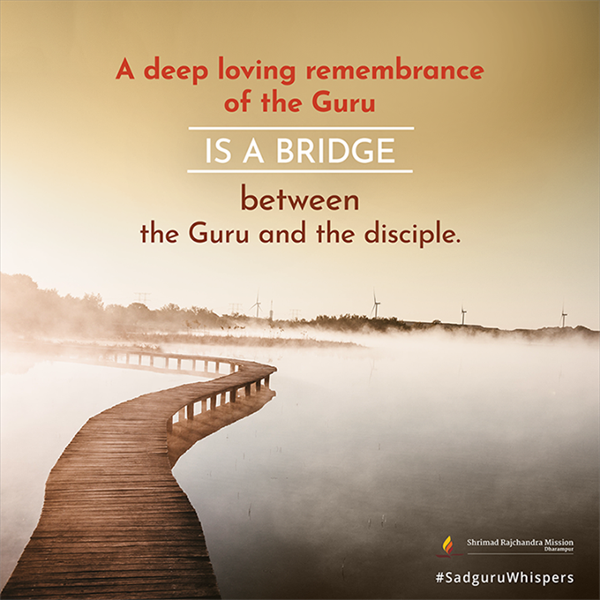 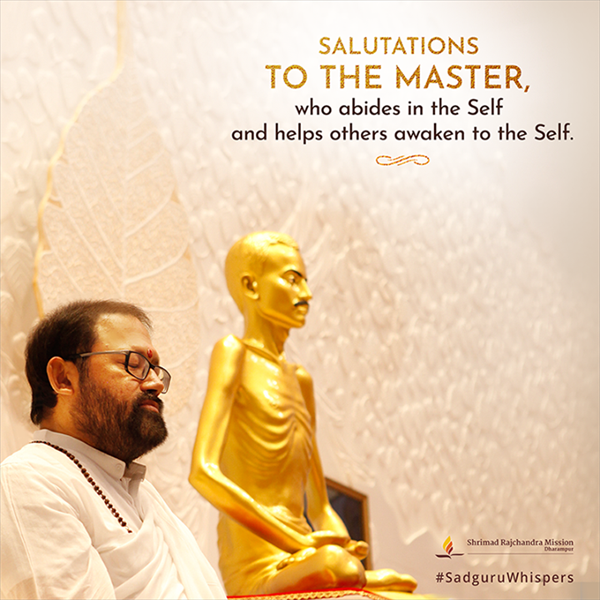