Param Krupalu Dev: As A Child

When Spiritual Masters arrive on this earth, they bring with them a legacy of noble virtues. They live their life aligned to a Higher Purpose, thus setting an example for mundane beings to follow. Param Krupalu Dev carried forward this lineage of Spiritual Masters. Though He walked this earth for a short span of merely 33 years, but in this small period too He has left behind blazing footprints for seekers to follow. Let us learn from His life through a few incidences of His childhood, thereby unravelling His excellence which was inherent right from a very young age.

At seven years of age, Param Krupalu Dev asked His grandfather what death meant when Amichandbhai, a noble householder, passed away. After much persuasion, His grandfather explained the meaning of death such that it would be understood by a normal child. But, the answer did not satiate Param Krupalu Dev’s inquisitiveness. Out of curiosity He silently witnessed the blazing funeral pyre from a distance. There, He delved deep into the thoughts of the nature of existence and this churning eventually led to unfolding the knowledge of His previous lives, known as Jatismaran jnan. Remarkable was His quest for knowledge at such a tender age. While even many elders accept readymade answers or just live with unanswered queries, Param Krupalu Dev’s thirst for truth was unflinching right since childhood.

We too must seek rational answers to the questions we come across in life. We shouldn’t blindly believe in anything said or done. Our beliefs must be built on logical conviction.

Once during His childhood, Param Krupalu Dev’s mother asked for His help in cutting vegetables. Tears of compassion flowed through His eyes as He empathised with the life within the vegetables and the pain caused to it due to this act. This indicates that His knowledge was His vision! Having known that life exists in plants too, He could actually feel the presence of life in the vegetables at hand and thus feel compassion and empathy towards it.

Let us too see life in smallest of beings around and empathise with all forms of life. Let us bring this compassion into action and resolve to alleviate the pain and suffering of at least one soul every day.

When Param Krupalu Dev was 10 years old, His grandfather passed away. A big thorn pierced Param Krupalu Dev’s foot while He was going to the crematorium. Despite this, He performed all the rites to perfection without removing the thorn or telling anyone. When He returned from the funeral, Param Krupalu Dev’s mother noticed that He was limping and only then did He share that the thorn in the feet was pricking Him. Even at such a young age, He was completely detached from the body and did not identify Himself with it.

Indeed, this inspires us too to practise the art of staying detached from the body. We should not get attached to the pain and pleasures of the body.

We too must be true to our conscience. We must consciously practise honesty and integrity and not get influenced by our likes and dislikes.

Param Krupalu Dev was to travel from Rajkot to Vavania. His relatives in Rajkot had given Him a box of sweets. He did not have money to pay for His journey. Instead of asking for money from His relatives or Dharshibhai, Param Krupalu Dev chose to sell the box of sweets and use the proceeds for His return. Such was His self-respect that He would not seek anyone’s help for His convenience. But when it came to someone else’s well being, He would not hesitate to seek help. When He had some gentlemen visit Him, from Kutch, He promptly requested Dharshibhai to facilitate their stay. Such high morals at such a young age!

Can we too not seek favours for our own benefit? However, we must not hesitate to seek help when it comes to the well-being of others. For easing the hardships of others we must stretch ourselves to the extent we can.

Param Krupalu Dev’s childhood is a mere peek into the galore qualities that shone in His personality. If as a child He exhibited such splendid virtues, imagine the spiritual magnificence that was to be unravelled in the years to come! 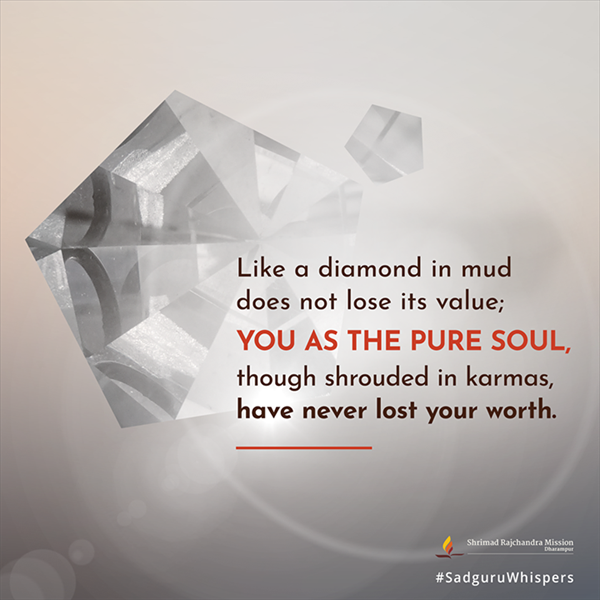 Like a diamond in mud does not lose its value; you as the pure soul, though shrouded in karmas, have never lost your worth. 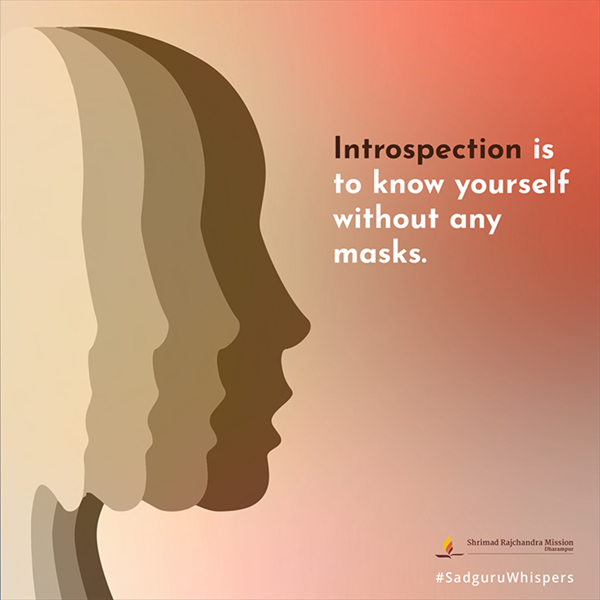 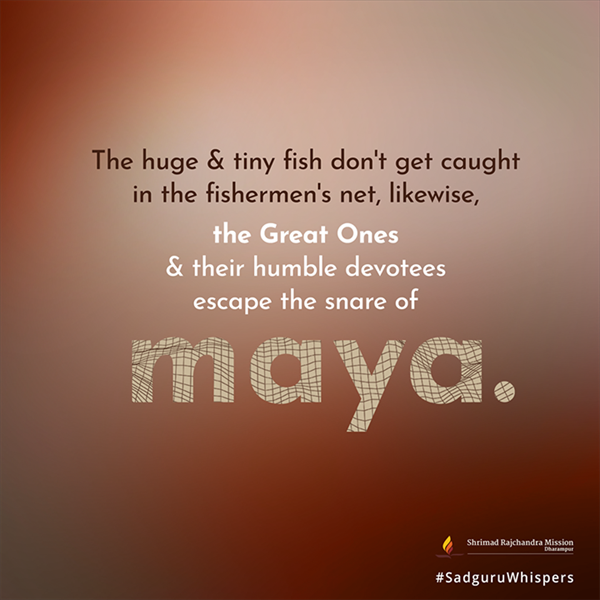 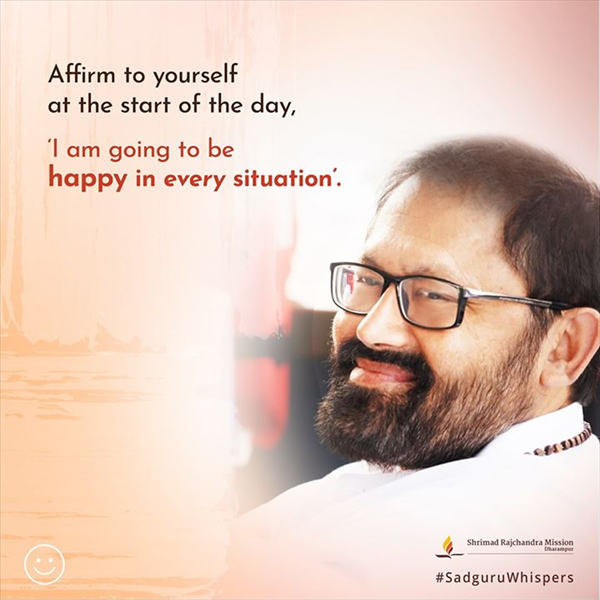 View All
#SadguruWhispers Like a diamond in mud does not lose its value; you as the pure soul, though shrouded in karmas, have never lost your worth.