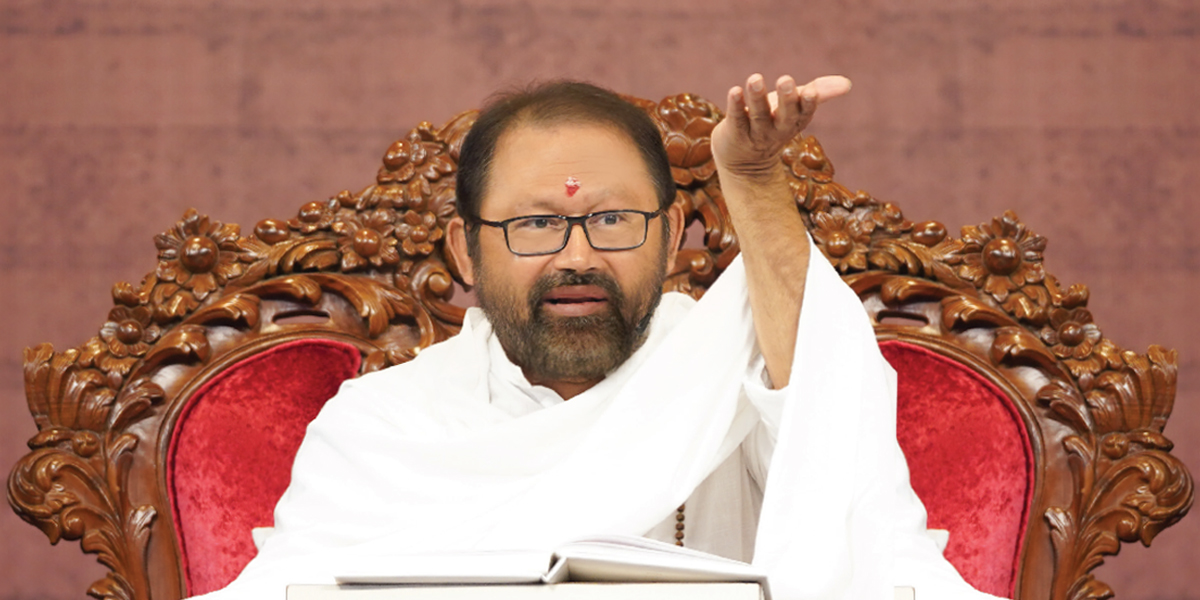 Our name is a very important part of our lives. Everything revolves around the name. But when the name confines us to a limited identity then we drown in the ocean of miseries. Pujya Gurudevshri explains the way shown in Shri Atmasiddhi Shastra to identify and abide in the nameless blissful Self

Shri Atmasiddhi Shastra elucidates on the true nature of the soul. The soul is of the nature of pure consciousness, yet, it identifies itself as the insentient body. In what it is not, the soul has an identification that ‘this is me’. What could be the reason for this?

Light illuminates the objects that are in its proximity. In the absence of light, these objects cannot be seen. If the light feels that ‘when I am there, only then these objects are there, so I am these objects’ then it is a delusion. Such a delusion has occurred with consciousness. Consciousness illuminates the body with its light of knowledge. The body, senses, mind, intellect, etc., are in its proximity and all these are illuminated in its knowledge. In the absence of discriminative knowledge of the Self and non-self, the soul believes that it is the body, etc. which it illuminates. Due to the proximity of the body and the lack of Self-awareness, it feels one with the body. The egoistic sense that ‘body is me’ arises. This false identification with the body etc. is the primary mistake it makes and then all its conduct follows accordingly.

There is usefulness in calling the body as one’s self and considering the name given to the body as one’s own name, but only for practical purposes. Name is only a formality and not a reality. None are born with names. Name is not the truth, yet one cannot function in the world without a name. There are millions of people living in the world. Without naming them, it would become very difficult to conduct life. Names are necessary to call, refer to, or recognise a person. And so, when a baby is born, it is given a label, a name. But the label and the person or the object are not the same. The label is false because it doesn’t have the object in it. But because of its functional usefulness, it is essential too.

The problem starts when the soul begins to believe that the name is its reality. This false belief becomes the cause of a succession of mistakes, bondage, and misery. There is no problem if the name is spoken, believed in and understood only for its practical purpose, and if there is awareness that ‘This name has been given by the world to this body and I am distinct from it. I am the knower, the soul, of the nature of pure consciousness.’

When a label is misunderstood as one’s self, then instead of becoming useful, it becomes spiritually destructive. The identification with the name is due to forgetfulness of one’s true nature. Then, thoughts and actions revolve around this false notion making it so deep and strong that one responds when called by name even in deep sleep or when lost in dreams. For the sake of this name alone, one works hard to gain wealth, status etc. which in turn increases the identification with the name, body, and the karma-created personality. Knowingly or unknowingly, it is as though every effort only nourishes the ego.

‘I’ is not the name, body, karma-created personality but it is the soul, the being. Not what is made up for practical purpose, but that which remains forever is me. What is adopted, created has some ‘doing’ in it. The sense of ‘I’ should not be in that karma-created personality but should be felt in the ‘being’ that remains in all three periods of time. That is religion.

Elders have bigger ego than children. The reason is, as you age, the ‘doing’ increases and as ‘doing’ contains the sense of ‘I’, along with the ‘doing’, the ego also increases. Children on the other hand have less ego because the effort, and memory of ‘doing’ is in a lesser proportion. Children’s language would be ‘it is like this’ while elders speak the language of ‘I did it like this’, or ‘I shall be doing like this’. Children are inclined to ‘being’ while the elders are engrossed in ‘doing’. The ego is associated with ‘doing’ and not ‘being’. Those who un-identify themselves from ‘doing’ and focus their vision on ‘being’ certainly attain Self-realisation and become free from suffering.

Children are also made to join the vicious cycle of doing and ego. The parents, family members, society all ask the same thing, ‘what did you do today?’ They are praised for doing, reprimanded for not doing and so they too gradually contract the disease of ‘doing’. Staying in ‘being’ gives their ego an experience of emptiness so they turn towards ‘doing’, and in the process lose their innocence and simplicity.

Youth, when they begin to smoke, they don’t like the smoke, but smoking gives them the satisfaction of feeling like a grown-up; which only strengthens the ego. For that, they are ready to ignore the discomfort of smoke. Children are told that only elders can smoke, so for them, smoking becomes a sign of adulthood. Be it smoke, coughing, squandering money, stealing, anything is fine if they can smoke. Smoking gives them a false pride, ‘I did something, I could do this. This can be done easily.’ And that boosts their ego.

In many such ways, children try to become adults. Now they are not interested in ‘being’. Because that does not nourish their ego. Going farther away from ‘being’, they become more and more caught up in ‘doing’. There is no end to ‘doing’. Only if one withdraws from it, the focus would turn to ‘being’.

The Enlightened Ones say that the name is false. Inflating the name is false. Sense of ‘I’ in the body is false knowledge and its fruit is transmigration alone. If you want to become free from the cycle of birth and death, from bondage and misery, then identify with the pure Self. Strengthen the knowledge of being separate from the label used for practical purposes.

To make one realise his true nature, Param Krupalu Dev expounds in Shri Atmasiddhi Shastra that the soul is of the nature of pure consciousness, distinct from body, senses, and breath. Contemplating on it, one realises one’s Self to be a knower-seer, witnessing consciousness, eternal, beyond birth and death.

Param Krupalu Dev through logic, inference and His own experience explains how the soul is separate from the body, senses and breath. Body, senses and breath are inert. There is no consciousness in them and hence they can neither be the soul nor can they know the soul. But they function due to the conscious presence of the soul. Reflecting thus on the verses of Shri Atmasiddhi Shastra, recognise your Self to be eternal knowingness and abide in the true nature. 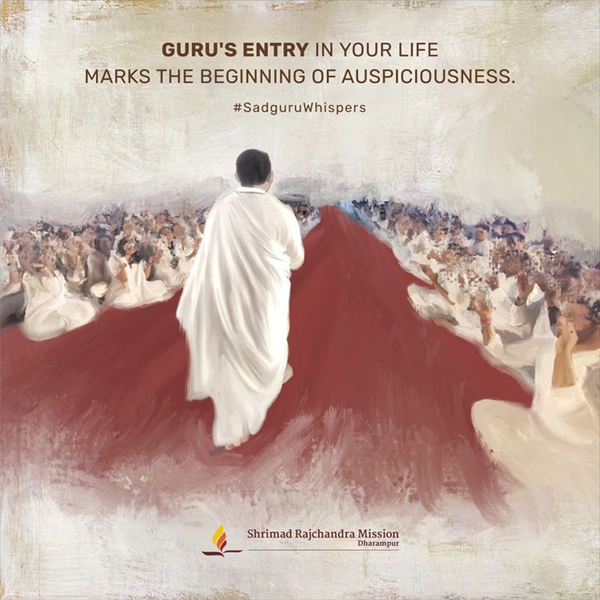 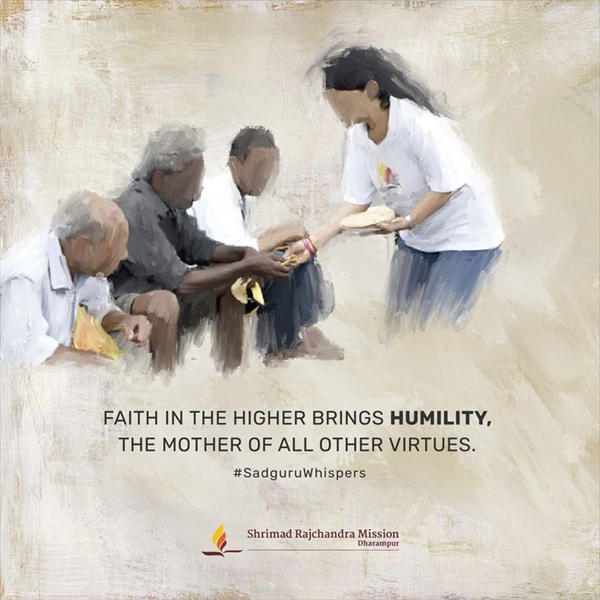 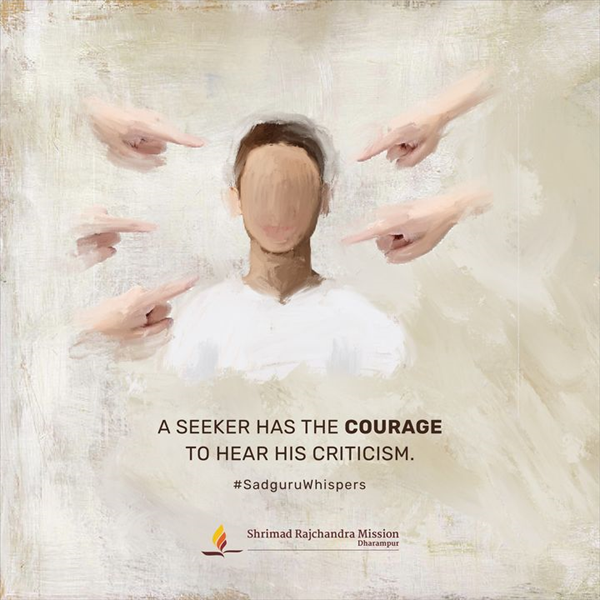 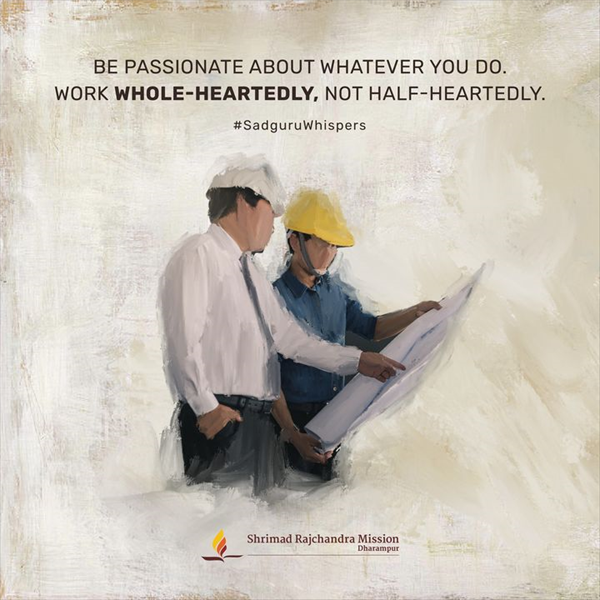