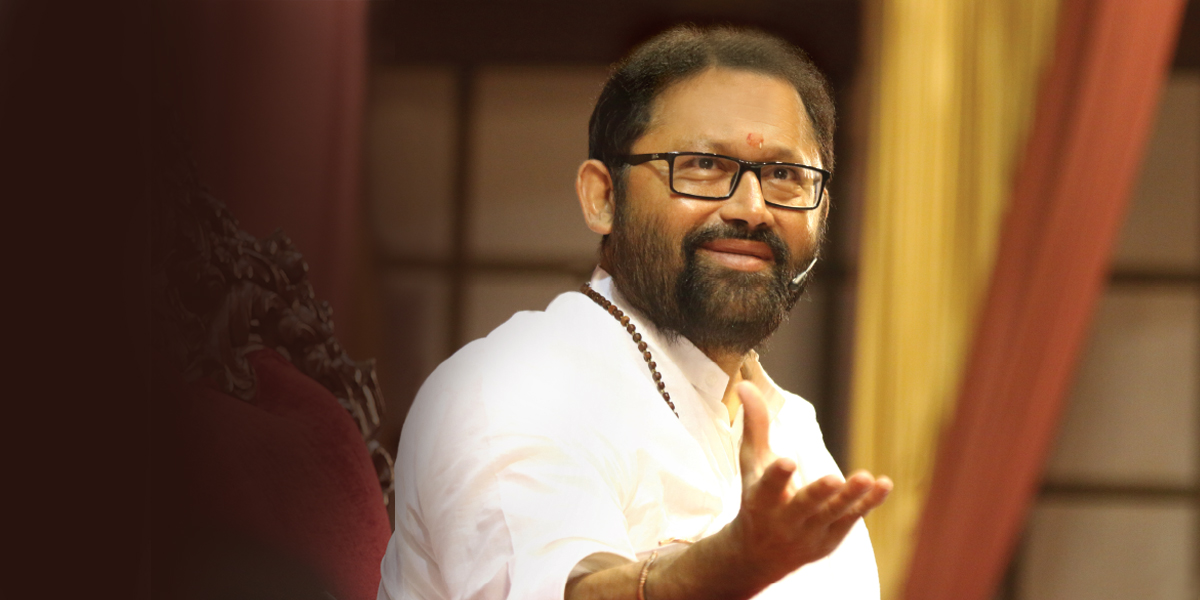 We have sought happiness running after wealth, status and family, but true success has remained elusive. Pujya Gurudevshri asks us to look within, wake up to the divine nature and experience the Self in the state of desirelessness

Desires cause restlessness. Whether it is a desire to receive, acquire, possess, protect, increase or organise something, you remain occupied your whole life. You even attempt to secure your afterlife due to desires. You do charity and build temples only to reserve your place in heaven! Even through religious activities, you only try to fulfil desires. They pull you from all directions, bewilder you and create hell for you. You cannot experience even a moment of quiet or rest.

Understand that without giving up the desire for illusory happiness, there is no respite. Realise that there is no end to desires; fulfilling them can never quench your thirst. No matter how much you get, they cannot be satisfied, and desire for more will always keep you begging for more. Freedom from desire is possible only with a right understanding.

You may be the wealthiest person in the world. Yet, you may be incomplete in a lot of other fields. Your health will not be like someone who has only worked for physical fitness. Seeing him you will feel jealous of his fitness, looks and shape, and consider yourself incomplete, a failure. Seeing a scholastic person, you will feel that you are actually an ignorant. What good is the wealth? Being successful in one area, you will be unsuccessful in so many other things. The day your attraction for wealth ceases, all these failures will haunt you. And till you have an attraction for wealth, you will suffer in fear and stress.

The Nizam of Hyderabad owned countless jewels and diamonds. It was said that they could fill seven terraces of his palace. He would keep all the finest diamonds mined from Golkonda, the origin of the Kohinoor diamond. There was no limit to the Nizam’s wealth, yet, for 30 years, he wore the same hat. It would stink and yet he never allowed it to be washed! He had just one coat that was stitched when he was young. He became old and frail, yet he wouldn’t buy a new coat! He would say, what difference does it make? The world knows that I am the Nizam of Hyderabad. He could never spend money. He would offer cigarettes to guests, and after they left, he smoked the remains from the ashtray. Who can be more miserly than this? It is said that when he died, a diamond that he used as a paperweight couldn’t be found. On much searching, it was eventually found in one of his shoes! Even at the time of death, he would have worried about the diamond. Truly, there is no end to greed. No matter how much one accumulates, he remains poor and a failure.

There’s Nothing in Wealth

Wealth can never make us satisfied or happy. The Enlightened Ones know and understand this fact from their wisdom, and the rich ones come to know after spending a lifetime running after it. When you understand that the abyss of desires can never be filled, your practice of freeing yourself from desires begins, and when you are completely free from them, you attain divinity.

Enlightened Ones from all places and times therefore say, ‘Recognise the desire in you, look at it, and become free from it.’ To be free from desires, you need not run away or reach somewhere; you need awareness. Desire ends by meditation, and not by acquiring, or not acquiring or even giving up wealth.

World is like a motel! One comes, lives for sometime and leaves! Then why so much anxiety, so much attachment? It is this attachment that bears sorrows and struggles. When desiring for ‘more’ stops, you become free. Desire for illusory happiness is the cause of rebirth. Once desire goes, you come out of the cycle of birth and death and experience a state of bliss.

People find security in possessing money, wealth, or status. To run after them is like trying to catch a shadow. You can never catch it. If you run after it, you will get only disappointment. Failure and sorrow becomes your fate. More you lose, the more you will run. And if you think you have succeeded, then the desire for ‘more’ will not let you rest. Running after a shadow itself is ignorance. One who awakens from this shadow attains divinity. The only way to be free from this deceit of the shadow is right understanding and practice of realisation of the Self.

As long as you run after illusory happiness, you will be wandering outside. The path to liberation is not outside; it is in identifying with the Self. But desire does not let you turn within. ‘Who am I? Where did I come from? What is my true nature?’ You will find no time to raise such questions, or seek answers to them. Life’s fulfillment lies only in seeking the Self.

Life in the Non-Self

We tell this fairy tale to children. A king puts his life into a parrot. No matter how much the king is attacked, nothing happens to him, but when the bird is killed, the king dies too! Man is just like this. Some have put their life in wealth, some in wife, some in car! You tell them anything and they remain unaffected, but if you say anything about their wealth, wife, or car, they feel offended. When someone commits suicide on losing money, it means that he had considered wealth as his life.

But forgetting your Self, you have missed realising your divinity. Childhood went in playing around with toys etc. Youth went by in seeking, enjoying and running after woman, power, wealth, etc. With old age came disease, doctors and medicines. Now getting up is difficult; if you need to go out, you spend hours thinking about it. In this way, so many lives have been wasted. Never have you turned towards the centre. Leave all this nonsense and turn towards the Self. Whatever you wanted lies there within you. At least now, wake up!

You project value on illusory happiness, and then running after it, you become miserable. Things, people and situations are the way they are. But you project happiness on them and get disturbed. Think, how carefully people kept a thousand- rupee note. When the Government demonetised it, people made a smoke out of it. The notes remained the same. What changed was the belief, the projection on the piece of paper! Worth or waste – these are a play of belief, a deceiving game of the mind. When hit at the root, the spell of desires since time immemorial breaks.

True wealth is within you. Once you attain it, you will become rich forever. The external status is conditioned by time. But the inherent nature can never be snatched away. Therefore, it is really not worth feeling elated or sad for increase or decrease in wealth, status, or family. Seek true understanding. Once one awakens to the glory of the Self and understands its true worth, the value projected on external things goes away, desire for illusory happiness vanishes, and the running after them ceases. When silence emerges, thoughts subside and a fragrance emanates from a state free from desires, one experiences divinity. So awaken to the inner wealth, true status and family of virtues of the Self! 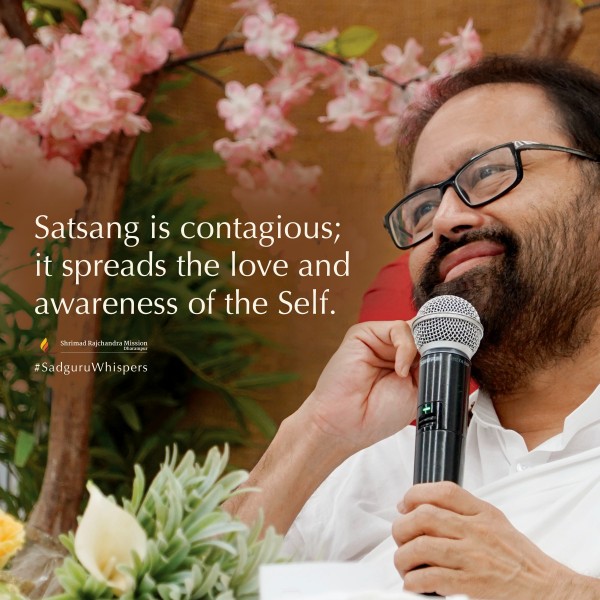 Satsang is contagious; it spreads the love and awareness of the Self. 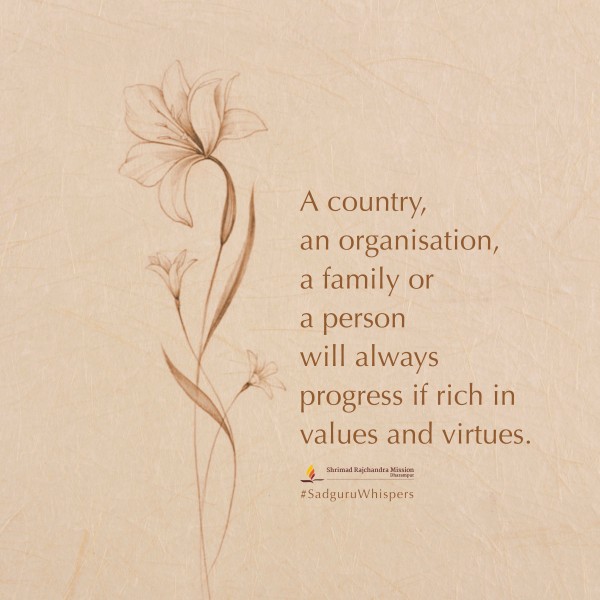 A country, an organisation, a family or a person will always progress if rich in values and virtues. 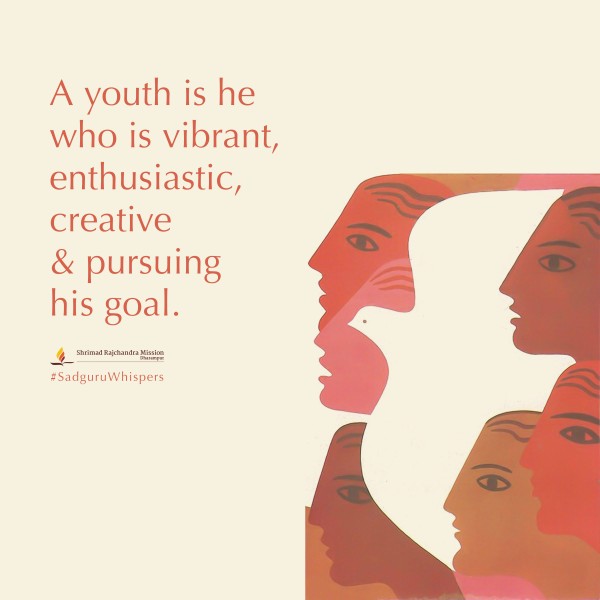 A youth is he who is vibrant, enthusiastic, creative & pursuing his goal. 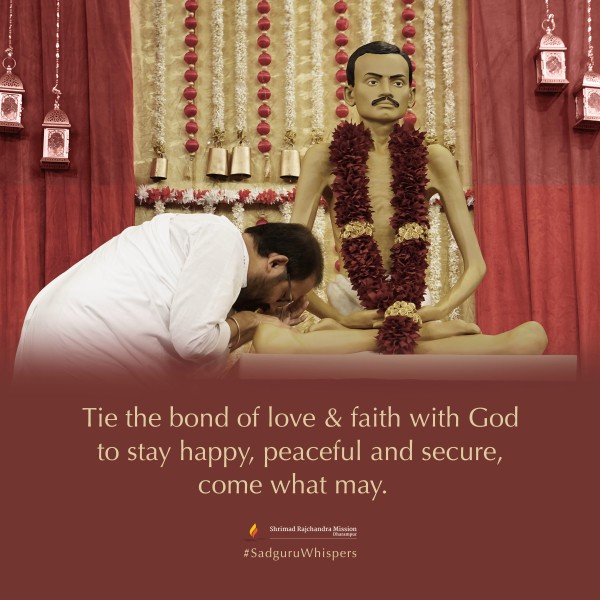 Tie the bond of love & faith with God to stay happy, peaceful and secure, come what may.

View All
#SadguruWhispers A country, an organisation, a family or a person will always progress if rich in values and virtues.