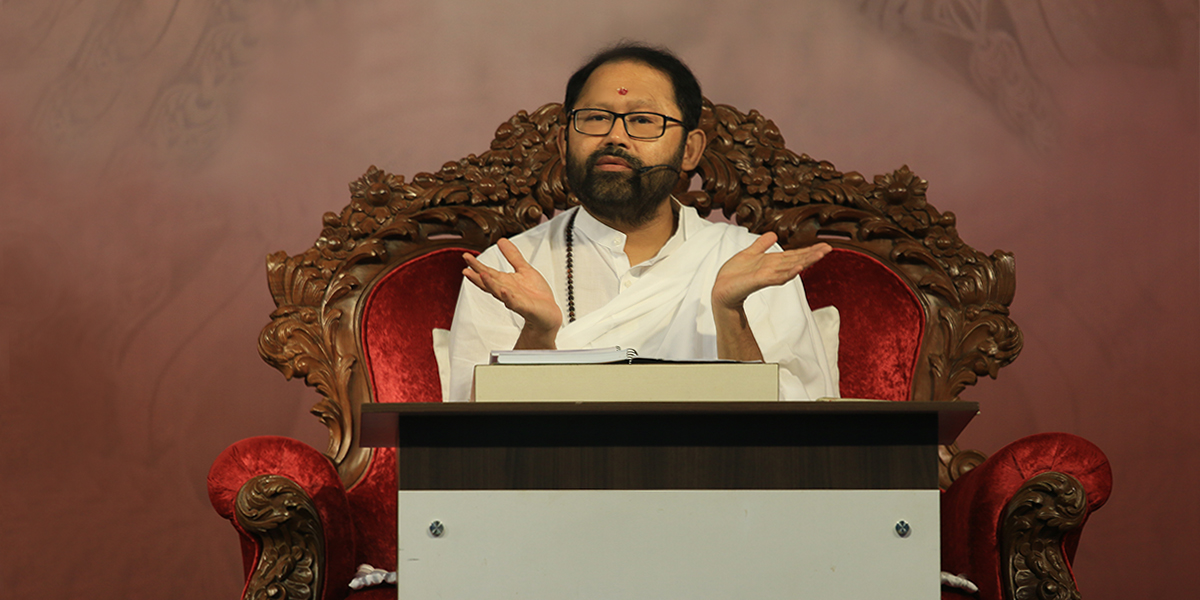 It is all About Belief

Have you ever wondered why some people seem to be happy all the time and others are constantly complaining? Pujya Gurudevshri explains that what one experiences in the world is a reflection of his beliefs. Changing wrong beliefs and remaining centred in all circumstances is true spirituality

People ask, “Why is there so much suffering in the world?” The Enlightened Ones state that the suffering does not come from the world, it is created by man. It arises from wrong beliefs and faulty vision. The root cause of all this is ignorance of one’s true blissful nature. Due to lack of awareness, one does not identify with the real Self and ends up suffering.

Suffering Due to Faulty Vision

Suffering is because of your wrong choices. When your choices are based on faulty vision, needless to say, you suffer. Your consciousness is like a blank paper on which you write and endorse joys and sorrows. The world is only a mirror that reflects your vision, a canvas upon which your beliefs paintthe portraits of heaven and hell. It is your inner state that determines your perception of every event. When you are elevated and have a positive outlook, you see no injustice or suffering in the world but happiness all around. And when you choose to have a negative outlook, you see only sadness in the world. You even experience the same event differently when you are in different states of mind and hence sometimes you suffer, while at other times you enjoy. Therefore, unless you change your beliefs and transform your outlook, you will continue to suffer in the very world where others rejoice.

Joys and sorrows are mere mental projections. However, when you stop projecting them on the screen of the world, you become free from the vagaries of life. When you transcend all such forms, you attain eternal peace.

The Bondage of Beliefs

Many people feel elevated after listening to spiritual discourses. They feel they have finally understood what they need to do in life. At the same time, they also complain that they are bound by external circumstances and therefore cannot make headway towards this goal they so desperately want to achieve. In reality, they have not actually comprehended what they have heard. If it was truly their goal, they would not complain of being bound. For the passionate ones, there are no obstacles. Shackles are only in the mind. You are always free to make choices, yet you believe yourself to be bound by someone outside of you. This false belief itself is your shackle.

In his memoirs, Gurdjieff writes about a tribe living in the Caucasus mountains. They lived a life of hardship. It was necessary for the men as well as the womenfolk to work all day. They had to leave their children at home unattended. For the children’s safety, they employed a trick. Before they left, they drew a line around the children, telling them not to cross it, and even if they tried they would not be able to. This was so deeply ingrained at such a young age that all the children played and moved in their limited space only. Gurdjieff, when passing through this region, was surprised to see that not just the children but also the youth, when put in the boundary of a drawn line, were not able to move out of their restricted area. They experienced an invisible wall stopping them and pushing them within the demarcating line. This wall is the wall of beliefs.

Like a hypnotised person, the mind under the spell of delusion sees and experiences what it believes. Thus, when you speak about your bondages, they are all beliefs of the mind. Limitations felt on account of the family, your organisation, society, etc., are all deluding beliefs. Disturbances because of wealth, family, status are only due to your false perception, clinging and dependence. Only in unawareness do you consider others to be the cause of your joys and sorrows. You blame others for your stress and strain and then pray to become free from them.

The Spirit of the Aspirant

Unable to comprehend this truth, there are some who wish to run away from the world. They feel that the world can pull them away from their spiritual path. People generally tend to get influenced by those who do unusual things. They are awestruck seeing those who give up their relations and possessions to live the life of a recluse. However, a genuine aspirant knows that giving up can be done in ignorance too. Those escapists who have run away from the world without giving up their attachment are still possessive even about the things they have outwardly renounced. Inner renunciation is possible only with inner awareness. Therefore, he reveres and worships only those who have given up their attachment to the transient and abide in the Self. Making them his ideals, he begins to work on giving up his habit of clinging to the world. He pursues the path of self-awareness.

The purpose here is not to say that external renunciation is wrong, non-beneficial or should not be undertaken. Here the emphasis is on checking and cultivating awareness of the Self. The intention behind external renunciation is to feel the importance and greatness of the true nature of the Self. An aspirant is he who has turned his attention away from the world in order to realise the Self. He changes his wrong beliefs regarding the world, that is, he neither desires nor is averse to the world for he is in love with the Divine within.

The Counsel of the Wise

The Wise say that you suffer not because of the world but because of your clinging due to the distorted vision and erroneous belief that the world is everlasting and it can give you happiness, peace and security forever. Do not get deluded and consider the temporary as the permanent. Remain focused on your eternal abode, the true Self and the transient will not bind you or cause suffering.

When you are left with no desire for happiness from the world you will be awakened to your real blissful nature. When all your wrong beliefs vanish, you will live in the world, yet not feel limited by it. This living in awareness of the supreme Self is true religion. 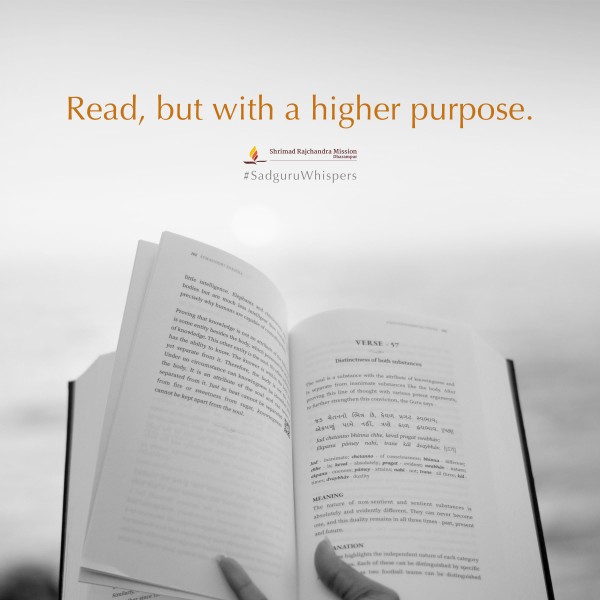 Read, but with a higher purpose. 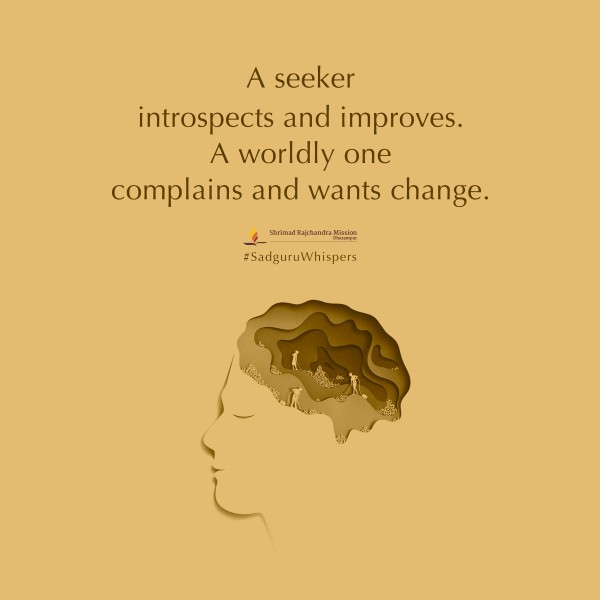 A seeker introspects and improves. A worldly one complains and wants change.

Why wait to have a friend when you can be friendly to all!? 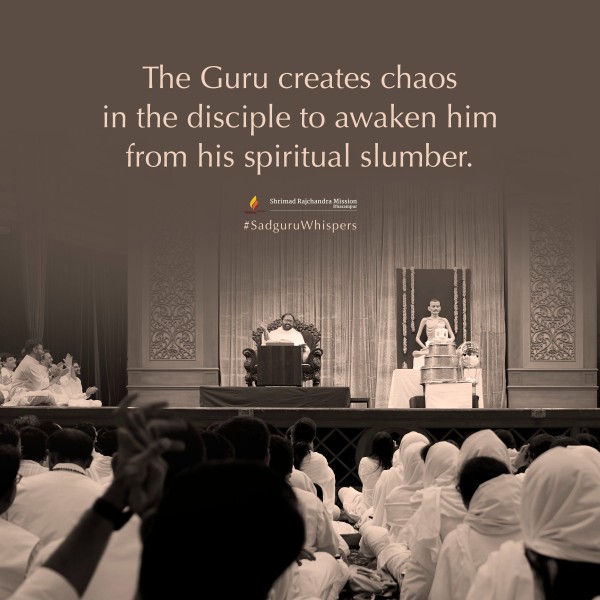 The Guru creates chaos in the disciple to awaken him from his spiritual slumber.

View All
#SadguruWhispers A seeker introspects and improves. A worldly one complains and wants change.