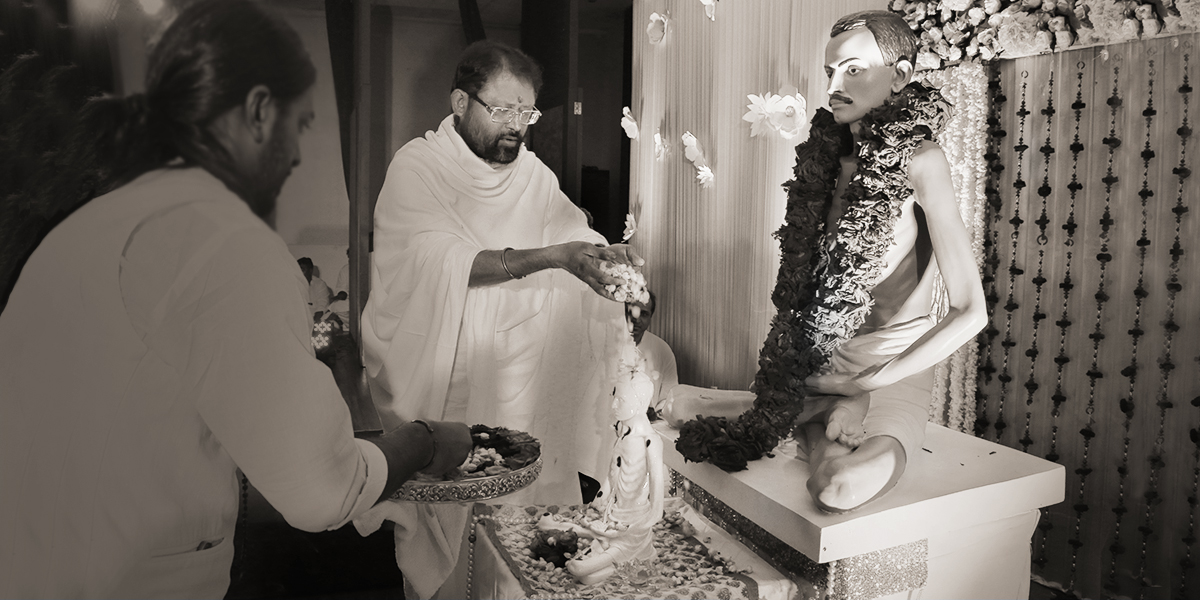 Like a thread that passes through the pearls, binding them together into a beautiful necklace, the underlying factor beneath Pujya Gurudeshri’s innumerable virtues, binding them all together is His Supreme Devotion towards His Lord, His Sadguru, Param Krupalu Dev.

What is Devotion? Devotion is not just singing Lord’s glory. It is a metamorphosis of one’s entire existence; a transformation in the way one sees, believes, thinks and acts. With devotion, it is the Lord that holds apex position in one’s life. “I” loses its importance and “HE” becomes his sole focus in life. Devotion is a glorious amalgam of Love, Faith and Surrender towards the Lord. Pujya Gurudevshri is a living example of such Devotion.

It is said that when one is in love it is impossible to conceal it. If this is the case with worldly love, how can the Divine love of Pujya Gurudevshri for Param Krupalu Dev remain hidden! His love is clearly evident in smallest of His gestures – the way His eyes change when He does darshan of Param Krupalu Dev, His bubbling enthusiasm for visiting places graced by Param Krupalu Dev, the inexplicable joy on seeing objects touched by Param Krupalu Dev, etc. All these bear testimony that Param Krupalu Dev holds the prime position in His heart always. To the extent that even if a yoga asana has the word ‘Raj’ in its name, He wants to gain perfection in doing that asana first.

With a strong faith in His Sadguru, Pujya Gurudevshri had no hesitance in offering His entire life at the Lotus Feet of Param Krupalu Dev. “What dream has my Guru seen for me?” was the question that was ablaze within Pujya Gurudevshri’s being and He yearned for an answer; as it was His Guru’s ajna that was of paramount importance to Him. This longing became so intense that one day in Jaipur, He observed complete silence, consumed nothing but milk and offered 10,000 khamasamans at Param Krupalu Dev’s Lotus Feet, till He received the answer to His question. On completion of His schooling, He declared His resolution to devote the rest of His life in practicing and spreading the teachings of Param Krupalu Dev.


“From this day onward, let this body etc.
behave as commanded by the Lord;
I am just a servant, very humble,
the most humble servant of the Lord.” 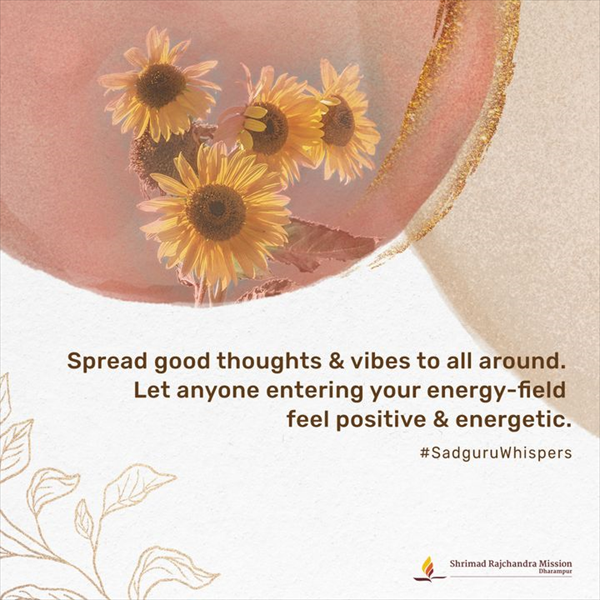 Spread good thoughts & vibes to all around. Let anyone entering your energy-field feel positive & energetic. 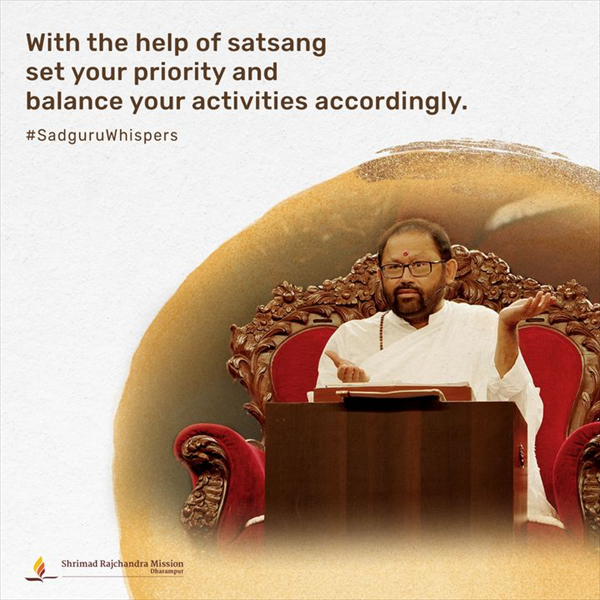 With the help of satsang set your priority and balance your activities accordingly. 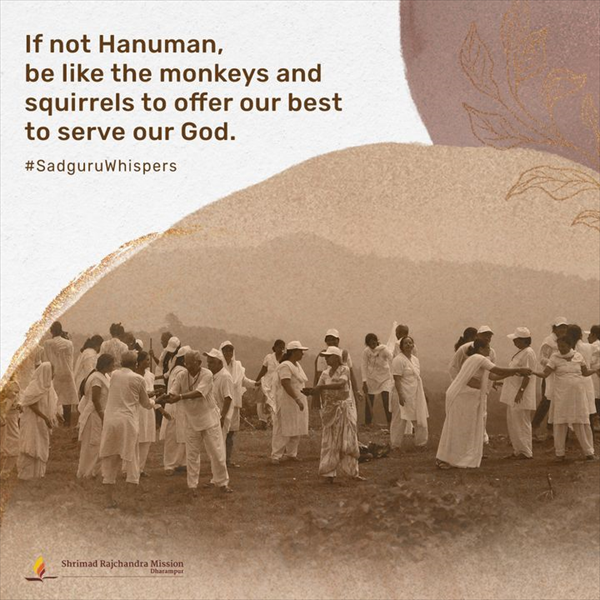 If not Hanuman, be like the monkeys and squirrels to offer our best to serve our God. 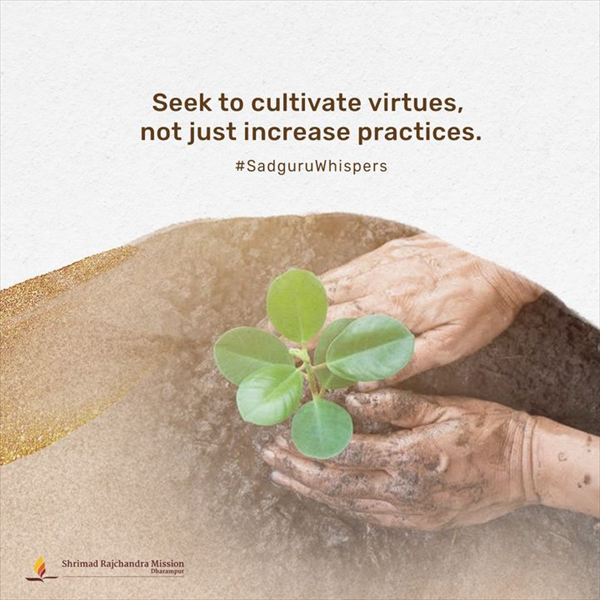