Truth is multidimensional. Anekantvada or Non-Absolutism, one of the three fundamental tenets of Jainism, teaches that the realisation of truth can be in its varied aspects, inducing one to respect and accept a wide range of viewpoints in a spirit of cooperation.

Pujya Gurudevshri is a living embodiment of this principle of non-absolutism. His impeccable ability to see the common thread of spirituality across different schools of thoughts led to an all inclusive and an integrative, loving approach towards various religions and beliefs.

In a world where staunch insistencies are rife and sectarian differences have led to division, intolerance and even violence, visionaries like Pujya Gurudevshri are the silver lining of hope for reinstating world peace and harmony. His brilliance to identify the thread of similarity in diversity forms the pillar of His openness and flexibility. Let us see the manifestations of these qualities in Pujya Gurudevshri and inspire ourselves to imbibe them in our life.

Pujya Gurudevshri’s openness to accept truth through various routes is highlighted in the diversified programmes that He arranges for the seekers. He has conducted an in-depth study of both, Jain as well as non-Jain scriptures, elucidating and highlighting the universal truth encapsulated in different forms. His spirit and gusto of asserting the truth is the same whether He is explaining Shri Uttaradhyayan Sutra or Shrimad Bhagavad Gita, Ashtavakra Geeta or Narad Bhakti Sutra. Did we not experience the same fervour while chanting ‘Tvameva Sachham Nishankam’ during the shibirs on the Jain scripture Gandharvada or while chanting ‘Karishye Vachanam Tava’ from the Hindu scripture Shrimad Bhagavad Gita during the Varsh Poornahuti Mahotsav of 2009? These instances speak volumes of Pujya Gurudevshri’s openness towards the universal truth manifested in various forms.

Pujya Gurudevshri’s broad-mindedness is also reflected in the way He has designed the Ashram at Dharampur. In addition to the Jinmandir and Gurumandir, the serene idol of Gautam Buddha in the Arhat Garden, the love emitting statue of Shri Krishna at the Vrindavan Garden bear testimony to Pujya Gurudevshri’s broad vision. From its inception, the Ashram has witnessed conduction of diversified programmes such as the Vipassana Meditation shibir, Osho Meditation programme, Gurdjieff Movements, Art of Living sessions etc. Through these initiatives He ably harnesses the varied tools to help seekers progress towards their goal of realising the ultimate truth.

An inevitable outcome of His universal approach to religion is the development of affable and loving bonds with various saints and religious leaders across beliefs. Reciprocating to His warm and welcoming attitude several eminent spiritual personalities have graced the Ashram including Sri Sri Ravi Shankarji, Pujyashri Morari Bapu, Swami Chidanand Saraswatiji, Pujyashri Gurumaa Anandmurti amongst many more.

Owing to Pujya Gurudevshri’s non-sectarian approach seekers from various castes, creeds, beliefs, religions have been able to find in Him a guide, a friend who can lead them to their higher spiritual goal. Thus, He has been instrumental in the spiritual progress of multitudes of souls, thanks to His non-limiting outlook towards truth.

When one beholds the core essence of universal truth in various forms, how can he remain rigid or insistent on any one particular form of worship or spiritual practice? Without compromising on His adherence to the universal principles of truth, Pujya Gurudevshri has been flexible in the modes of reaching the same.

Pujya Gurudevshri encourages seekers to explore various techniques of spiritual practices to augment their inner journey. He also calls for strict adherence to the technique. For example, to get the optimum benefit while undergoing the intensive meditation regime during the Vipassana shibirs it is advised not to practise any other religious ritual or chanting. While Pujya Gurudevshri professes regularity of daily spiritual practices of Ajnabhakti, Swadhyay etc., He instructed the disciples attending the Vipassana shibir not to do their regular Ajnabhakti etc. during the days of the shibir and to follow the culture prescribed by the shibir earnestly. This shows Pujya Gurudevshri’s non-rigid approach to spirituality.

Any form of worship, if it brings one closer to the ultimate goal, Pujya Gurudevshri instantly embraces it. We have marvelled many times at the Divine visuals of Him going down on knees and praying with childlike innocence in Churches; whirling to the tunes of Sufi chants dissolving Himself, performing the Ganga Arti eulogising purity; covering His Head while being absorbed in the recital of Gurbani at Gurudwaras thus respecting the Universal Truth.

Truly Pujya Gurudevshri’s heart is vast as the sky, encompassing Truth in all its forms!

Your openness and flexibility win many hearts,
Erasing out differences, You have mastered that art,
Promoting peace and harmony, You attract every soul,
O Beloved! To be like Thee is our only goal. 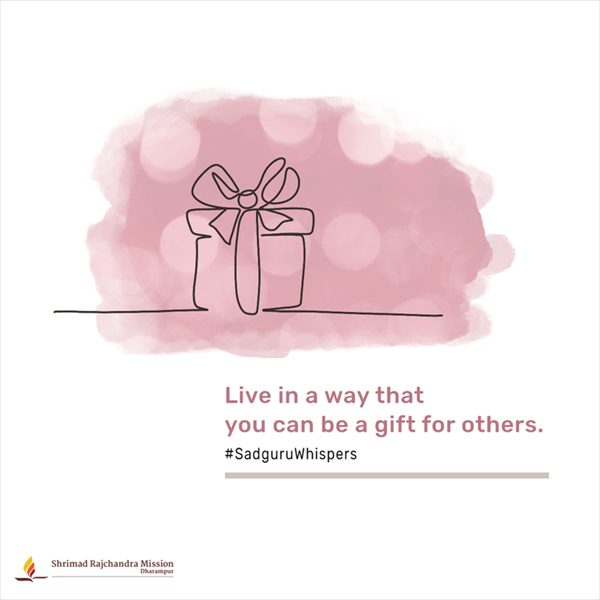 Live in a way that you can be a gift for others. 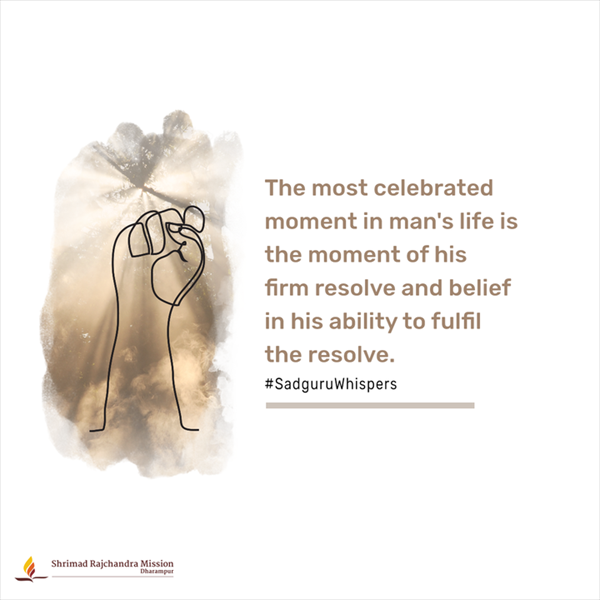 The most celebrated moment in man's life is the moment of his firm resolve and belief in his ability to fulfil the resolve. 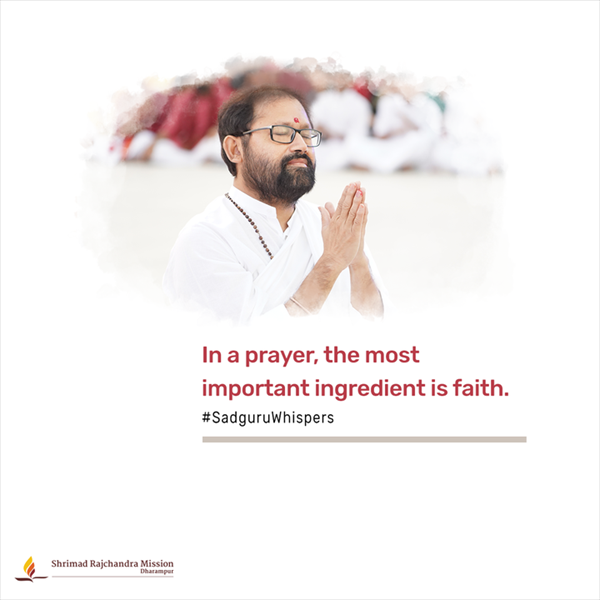 In a prayer, the most important ingredient is faith. 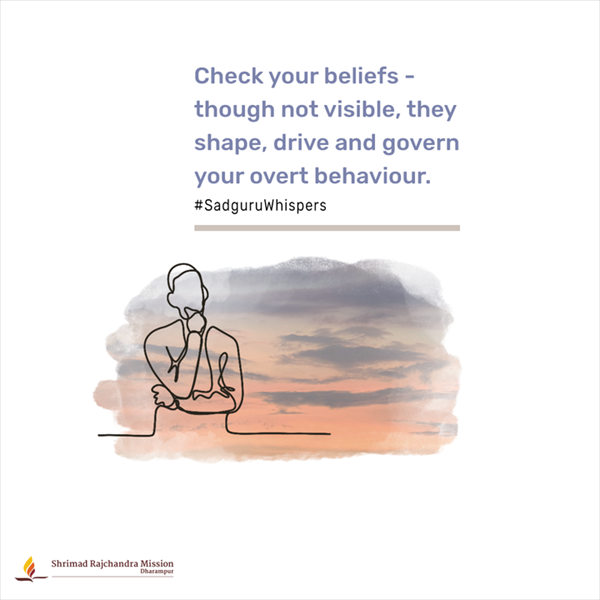 Check your beliefs - though not visible, they shape, drive and govern your overt behaviour.

View All
#SadguruWhispers Live in a way that you can be a gift for others.