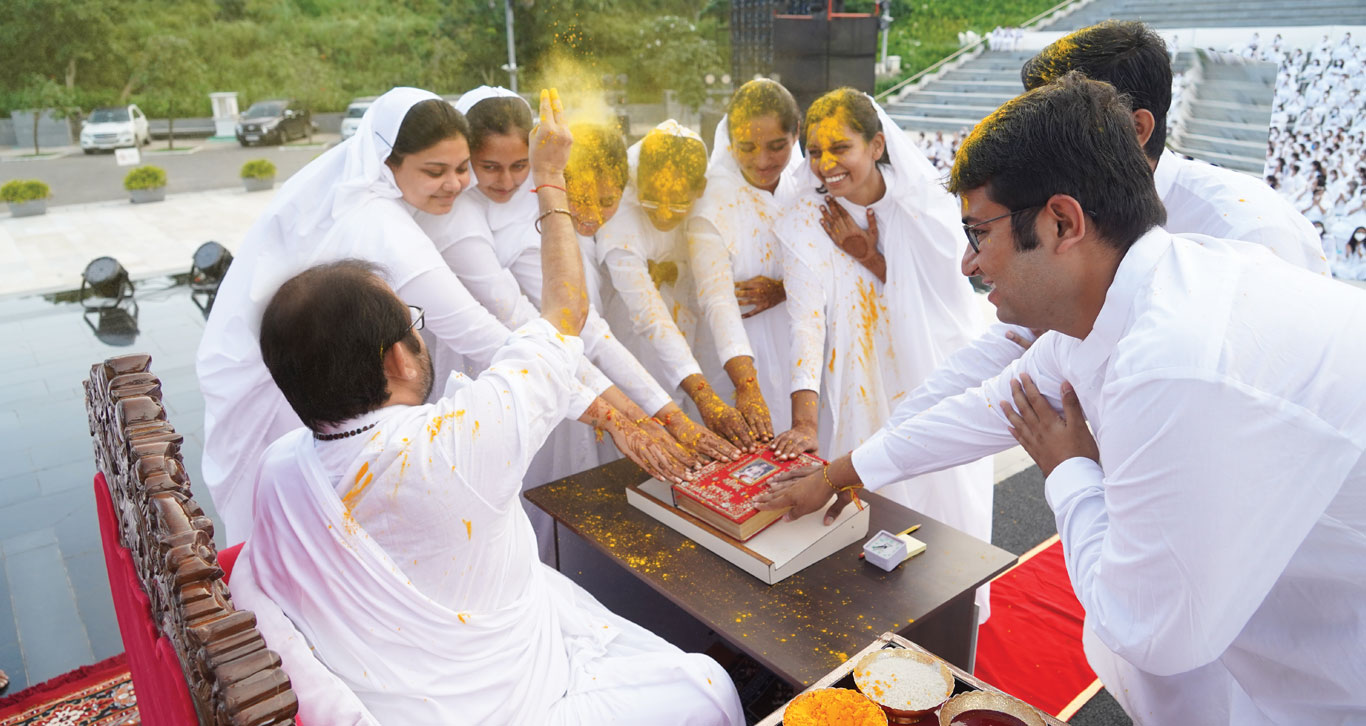 
Hundreds connected virtually from over the globe as the youth welcomed the Master with a spirited dance dedication at the Ashram’s Amphitheatre for the blissful emerald jubilee celebrations. The air buzzed with joyousness as Pujya Gurudevshri venerated the world’s tallest pratimaji of Param Krupalu Dev.

Portraying the fact that Param Krupalu Dev exists in every pore of His was an endearing sketch of Pujya Gurudevshri created out of the word ‘Raj’ spelt in 26 different languages. Devotees from the world over and beneficiaries of the Mission’s Seva activities wished Pujya Gurudevshri through a video dedication. The dedication included Steering Committee members; the Global Youth Committee; devotees spread across North America, Europe, Africa, Asia and Oceania; children of Shrimad Rajchandra Divinetouch; members of the Arpit Groups; students of Shrimad Rajchandra Gurukul; women of Raj Uphaar and the Atmarpits who sang His glory and offered salutations. Seekers also wished the Master by singing ‘Happy Birthday’ in 10 different languages. Commemorating the occasion, 550 animals were rescued from slaughterhouses and placed in safe animal shelters.

For devotees the sacred day was made special as a residential Kutir was offered at the Lotus Feet of Pujya Gurudevshri. After honouring the four-fold dharma of ‘daan’, ‘sheel’, ‘tapa’ and ‘bhaav’; the Master revered Bhagwan Mahavir and Param Krupalu Dev before stepping inside the newly constructed Kutir. Sevaks instrumental in the construction of the Kutir were lovingly felicitated.


The crown jewel of Param Krupalu Dev’s literature is the 142-verse poetic masterpiece – Shri Atmasiddhi Shastra. Composed by Param Krupalu Dev in a single sitting of about one and a half hours, when He was merely 28 years old, the treatise is an encyclopaedia of spiritual knowledge, contains the nucleus of sacred scriptures, and carries the essence of the inner path.

Uncovering the treasures that lie in this timeless work is a concise and complete commentary in English – ‘Atmasiddhi Shastra’ by Pujya Gurudevshri. This book is designed to respond to deep existential questions of seekers with lucid and logical answers. A spiritual revolution will await all those who seek wholeheartedly within these pages.

Amidst a deafening applause, the book cover of this commentary was revealed by President of Shrimad Rajchandra Mission Dharampur, Vanprastha Abhay Jasani. The heart-tugging book cover with the benevolent chitrapat of Param Krupalu Dev penning Shri Atmasiddhi Shastra against a black background denotes the light of knowledge amidst the darkness of ignorance.

A dedicated website, https://atmasiddhishastra.com/, was launched by Atmarpit Kothariji. Being published by Harper Collins, one of the big five English-language companies, the book is available for pre-order and will be globally released on the hallowed day of Aso Vad Ekam, October 21, 2021.


Pujya Gurudevshri’s inspiring and invigorating discourse was dedicated to the raw energy of the Mission, the youth. The Master spoke about cultivating a bundle of virtues by which He had, He is and He will be living His life.

From an attitude of living in the present to cultivating zest and force,
From dropping worries to ensuring continuous connection with the Divine,
From bubbling with enthusiasm and liveliness to being of adjusting and accommodating nature,
From believing in effects of past karmas to being independent, prompt and developing depth in everything that one does,
From having a positive mindset to realising that knowledge is the real wealth,
And finally connecting to the timeless True Self.

Parents of the youngsters endearingly gave their consent for the Diksha. The ambience immersed in piousness when Pujya Gurudevshri initiated them and blessed them with tilak, vasakshep, mala, kada and their new attire. On behalf of the new Atmarpits, Atmarpit Manavbhai and Atmarpit Kinnariben addressed the assembly. Parents of the new renunciates were felicitated. Parents of five of the new Atmarpits embraced Ajivan Brahmacharya Vrat. Atmarpit Suprinaben’s parents, Premarpits Satish-Vaishali Sheth, were blessed with Vanprastha Diksha.

With the Master’s grace Atmarpit Apurvabhai, Atmarpit Snehalben and Atmarpit Mayaben were bestowed with higher vows and the title of ‘ji’ to their names. They also received their new attire from the revered hands of Pujya Gurudevshri.

Devotees the world over experienced gratitude, elevation, and joy as they witnessed the celebrations of this sacred day. 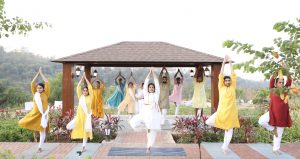 SRMD Yoga aims to bring light, love and peace to the world through the ancient Indian art of yoga. Rooted… 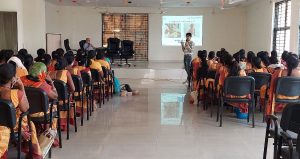 A Gynaecology Camp for the People of Sou... 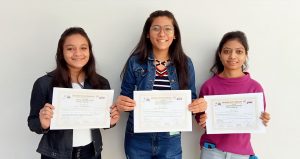 A science symposium is an event that creates a deeper understanding and excitement for science, engineering, and the environment through… 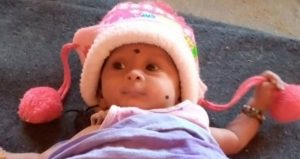 Newborn Gets a Lease of Life at Shrimad ...

A premature and very low birth-weight baby, born at the 7th month of pregnancy and weighing a mere 1.3 kg,…

View All
#SadguruWhispers Be sensitive to accommodate others' feelings and be ready to go an extra mile for them.