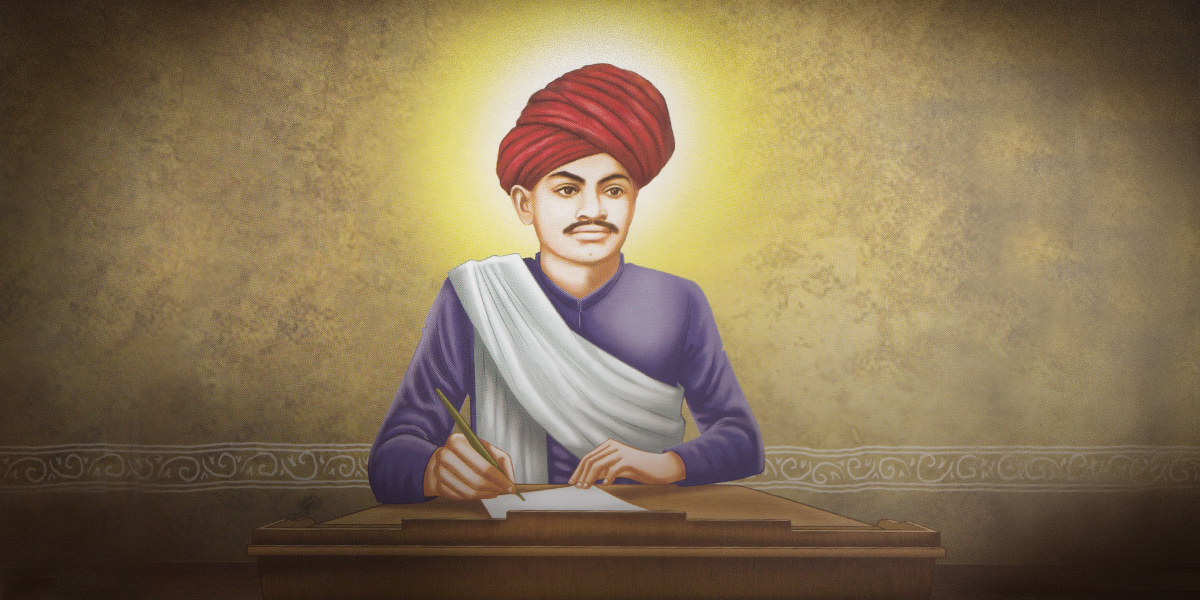 Param Krupalu Dev’s Divine Life is a mine of exemplary qualities. Digging deeper and deeper into His life, we unearth the hidden jewels. Let us view His life from various perspectives throughout the year, marvel at His unmatched virtues and draw inspiration to walk in His footsteps

Few are the ones who experience the Supreme Truth! Even fewer are those who can express it in words! The ultimate experience occurs in deep silence beyond the realms of mind and senses and so it is impossible to express it completely. Yet driven by compassion, Enlightened Beings make an effort to explain it with the sole aim of inspiring mundane souls to achieve the same experience. Param Krupalu Dev’s literature is such a song of the Pure Soul, it is an effort to guide the worldly beings to the Ultimate Truth. Just as sea water tastes salty wherever you taste it from, Param Krupalu Dev’s literature speaks of spirituality, only spirituality and nothing but spirituality, wherever you taste it from!

In Patrank – 247, Param Krupalu Dev states the objective of His compositions – “To not forget, even for a moment, the blissful Lord is the purpose of all my works, inclinations and writings.”

His writings were not out of just bookish knowledge, but they emanated from contemplation and experience. Mahatma Gandhi bears testimony to this as he writes, “One of the extraordinary features about His writings is that He has only written what He has experienced. There is no artificiality in it. I have not seen Him write even one line to impress others.”

A large part of Param Krupalu Dev’s literature comprises of letters imparting spiritual guidance to devotees, which also give a glimpse into His exalted state. They beautifully expound topics such as virtues, the importance of an Enlightened Guru, the necessity of Devotion, the virtues of the Soul and much more. Some letters also direct responses to queries or problems faced by aspirants, divulging effective techniques to combat them. These letters are a crystalline reflection of the philosophy of Bhagwan Mahavir, solely aimed at the welfare of every individual. Around 850 such letters are published in a book titled ‘Shrimad Rajchandra’, popularly known as ‘Vachanamrutji’.

Texts such as Mokshmala, Bhavnabodh, Pratimasiddhi, translations and commentaries; articles; aphorisms compiled under various headings, such as ‘Pushpamala’, ‘Bodhvachan’, ‘Mahaniti’, personal notes have been written by Param Krupalu Dev offering an insight into the world of spirituality. At a time when the true meaning of religion had receded into the background, He actively preached the gospel of liberation.

Right from a young age, Param Krupalu Dev displayed an astonishing natural poetic ability. He could compose poems spontaneously and instantly. He had written approximately 5,000 couplets at the age of only eight years. At the age of nine, He studied the great epics Ramayana and Mahabharata, and accomplished the extraordinary act of weaving them into verses.

Considered as the Atma Upanishad, Shri Atmasiddhi Shastra is the crown jewel amongst His writings. The quintessence of His wisdom, these 142 verses are compact yet complete in content. Composed in a single sitting of only one and a half hours, in Nadiad, Gujarat, at the young age of twenty-eight, this magnum opus in philosophical literature, deals with topics like the existence of soul, its eternal nature, its acquisition of karmic bondage, the consequences of that bondage, liberation from bondage and the path of attaining liberation. The philosophy contained in this composition is so profound that Param Krupalu Dev Himself had shared that a commentary of 14,200 shlokas can be written on these 142 verses.

Param Krupalu Dev also penned many other spiritual poetic compositions. There are independent poetic compositions as well as those which are a part of Mokshmala, Bhavnabodh, His personal notes. While some of them elucidate the importance and greatness of a Sadguru, some espouse inner detachment whereas some reveal the path of self-realisation. His words have the ability to inspire spirituality even in the hearts of those hankering for material pleasures. Some of the popular compositions are Apurva Avsar, Mool Marag Sambhlo Jinno Re, Hey Prabhu! Hey Prabhu!, Yam Niyam, Bahu Punya Kera, Bina Nayan Pavey Nahi, Nirkhine Navyauvana, Ichche Chhe Je Jogijan.

The Beauty of His Literature

Param Krupalu Dev’s compositions serve as a window to His glorious intrinsic state. Each word exudes the nectar of His wisdom and guidance along the path of liberation. His literature pierces the readers’ heart and stirs their mind. Stemming from His experiential knowledge, it unravels the true essence of spirituality, rising above the boundaries of sects and presents the eternal truth in simple, easy to grasp yet powerful and logical manner.

While we remain awestruck by the beauty of His creations and the depth of His compositions, a true tribute to Him shall be to imbibe and implement the messages propounded by His literature. 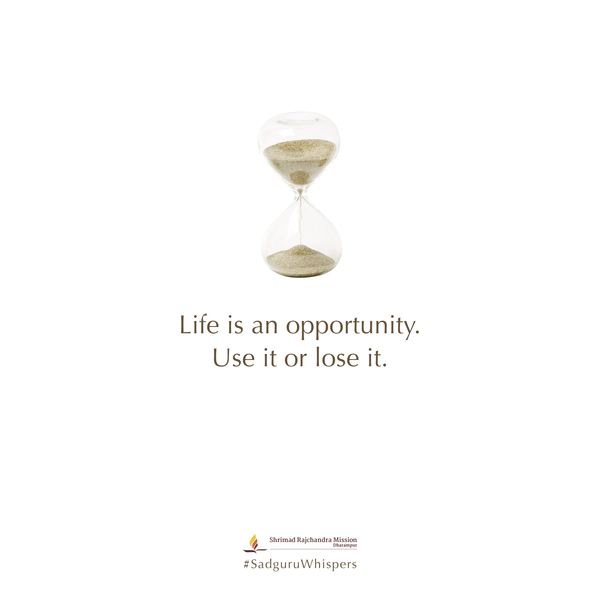 Life is an opportunity. Use it or lose it. 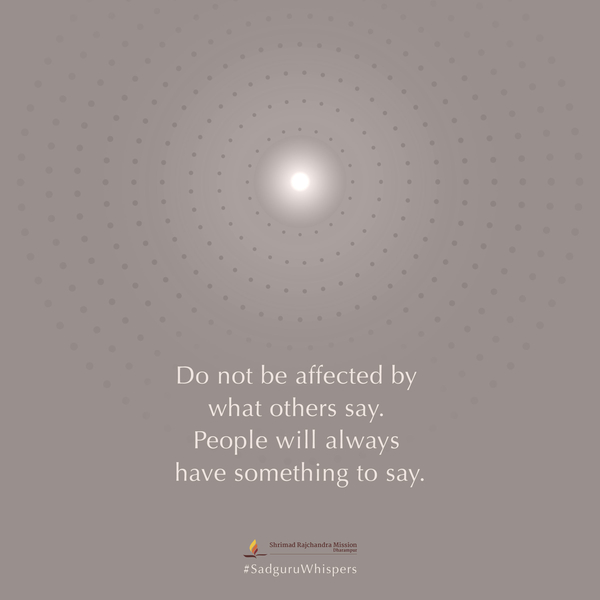 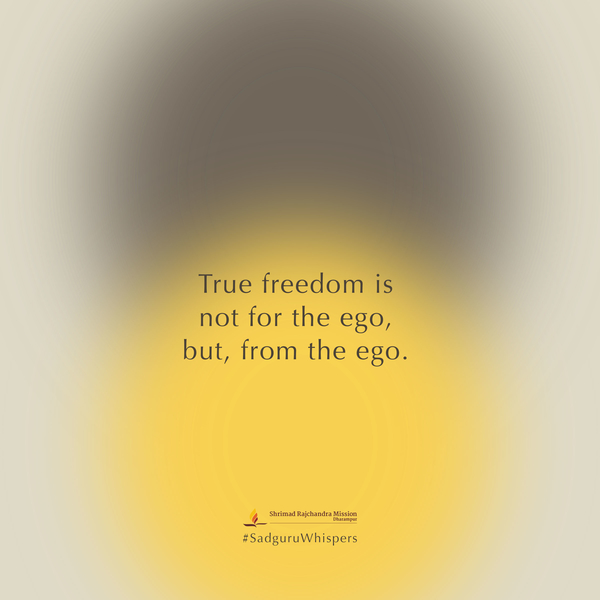 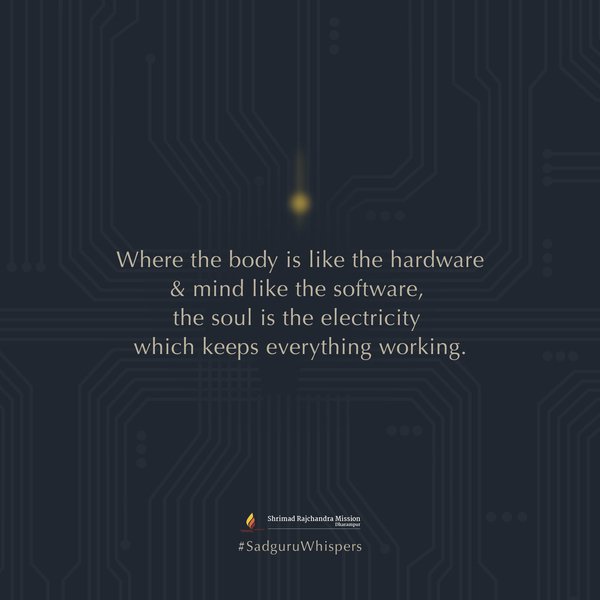 View All
#SadguruWhispers Do not be affected by what others say. People will always have something to say.