On the auspicious occasion of Kartik Purnima, Param Krupalu Dev Shrimad Rajchandraji’s Birth Anniversary Pujyashri Gurudev pays tribute to Him, expressing how He, not only illumined His own life, but served as a beacon of light for numerous others
A significant and meaningful aphorism in the Mahabharata states that it is far more worthwhile to live a short but luminous life, rather than one that is long, but smoke-filled and dreary. A long life of darkness is meaningless. With teary eyes, clouded vision and no light, the latent nectar will not manifest.

The Enlightened Ones therefore exclaim, “Awaken! You have lived in darkness for too long. There is fire hidden within you. Within you is such an essence that can take you to the zenith. The Supreme lies within you.”

What is the purpose of life? Can breathing alone be termed as life? Eating when you are hungry, sleeping when you are drowsy, getting angry when such emotions arise, chasing power, position, name and fame – is this life? This is rotting away, not living life. After a few years no one will even recall who you were. Your own later generations will have forgotten your name! Your life will be in vain. It will not take a long time to go from the cradle to the crematorium and this invaluable life will be squandered.

Life need not be long, but it must have depth. Science tries to increase your life-span; dharma tries to make it profound. For this, one must stop brooding over the past, dreaming of the future and remain focused in the present.

An illumined life is led by one who frees his consciousness from memories of the past, fancies of the future and steadies it in the present. His passions are exhausted; he realises his supreme nature and abides in it. In the brilliant radiance of his life, others too find their direction. Param Krupalu Dev’s life exemplifies this.

A glimpse into the life of Param Krupalu Dev will bring about an understanding of His magnificence. It will arouse wonder at how a human can be so great! But if He could do it, and if such greatness could manifest in Him, then such a phenomenon is possible in you too. If you consecrate Param Krupalu Dev in your heart and allow Him to spread, certainly your life too can become like His.

This can transpire only when one understands Param Krupalu Dev’s life as well as his own. The magnanimous difference between the two arouses a feeling of humility as well as hope and inspiration, guiding one in the right direction. However, should one stop at extolling Param Krupalu Dev’s virtues without imbibing them, or raising the standard of his life, he will not benefit spiritually. We tend to eulogise Him, but not follow in His footsteps. True devotion unto Him is to recognise His real identity and enlighten our life.

How wondrous is Param Krupalu Dev’s state! What divinity, greatness and purity!

There is such divine intoxication that it does not ever diminish. It becomes the way of life. The intoxication from anything else or any other achievement does not last forever. Time and again it fades away and we become low and miserable and need to get intoxicated again to feel high. How long will we keep building a house of cards? How long do we want our paper boat to remain afloat? Let us drink such an elixir that its rapture never ebbs. If we indulge in the nectar of the Self, then the whole life becomes a dance.

The Enlightened One revelling in this state lives in the world but remains unaffected, untouched by it. No activity poses a hindrance to His abidance in the Self. No activity binds Him with karma. Therefore it is said that even the worldly activities of an Enlightened One are the cause for exhaustion of His karma.

The value lies in awareness

The value is not in the external activity, but is in the inner awareness. In every activity it is important to check whether it is happening with awareness or without awareness. For the ignorant, activity alone is important. And so even if he keeps changing his activities, he still remains unaware. But without awareness, everything is just a flight of fancy, completely worthless. The Enlightened One eats and yet is fasting; the ignorant may be fasting and yet he is eating. The point behind this is awareness of the Self. On cursory glance it may appear that there is a bias towards the Enlightened, but on deep deliberation, one realises it’s essence and correctness.

A mother might seem like she is busy working but her heart is always with her child. She does many things, but her fondness is for her child alone. No matter where she goes, her inclination and interest are only in her child. This may not be plainly perceptible but on close observation, one realises that her whole being is filled with her child. In the same way the being of the Enlightened is filled with the Self. Wherever He may be, whichever activity He may be doing but his eagerness, his interest is not in the act at hand. Because of His effortlessness, one is not able to catch His inner indifference, but He is revelling in the Self alone.

The Enlightened abide in the state of non-doing, though they perform actions. The Enlightened One walks, but while walking is identified with that which does not walk and only knows. He speaks but is established in that which remains silent. He eats and yet is united with that essence which needs no food.

A Blessing to the World

Meeting one who has experienced the Divine marks the commencement of the spiritual journey. Though the destination is yet far, and out of sight, He has seen it. It is towards Him, that we move. This movement of an unlit lamp towards a lit one is known as satsang.

Satsang is a contagious environment, spreading the fragrance of the Self, of dharma. It is being in the company of one who has attained the Self. Someone sitting next to a gambler, soon finds himself gambling; so also the company of the Enlightened inspires a yearning for the Divine, an eagerness to surrender completely, an incessant longing to experience the Self.

Such was the satsang of Param Krupalu Dev whose mortal coil manifested on Kartik Purnima. Though His life was short, it was a life of brilliance, radiance, profundity. It served as a guiding light for many others.

Through the radiance of His illumined life, May we uplift ourselves and make our life divine and radiant. 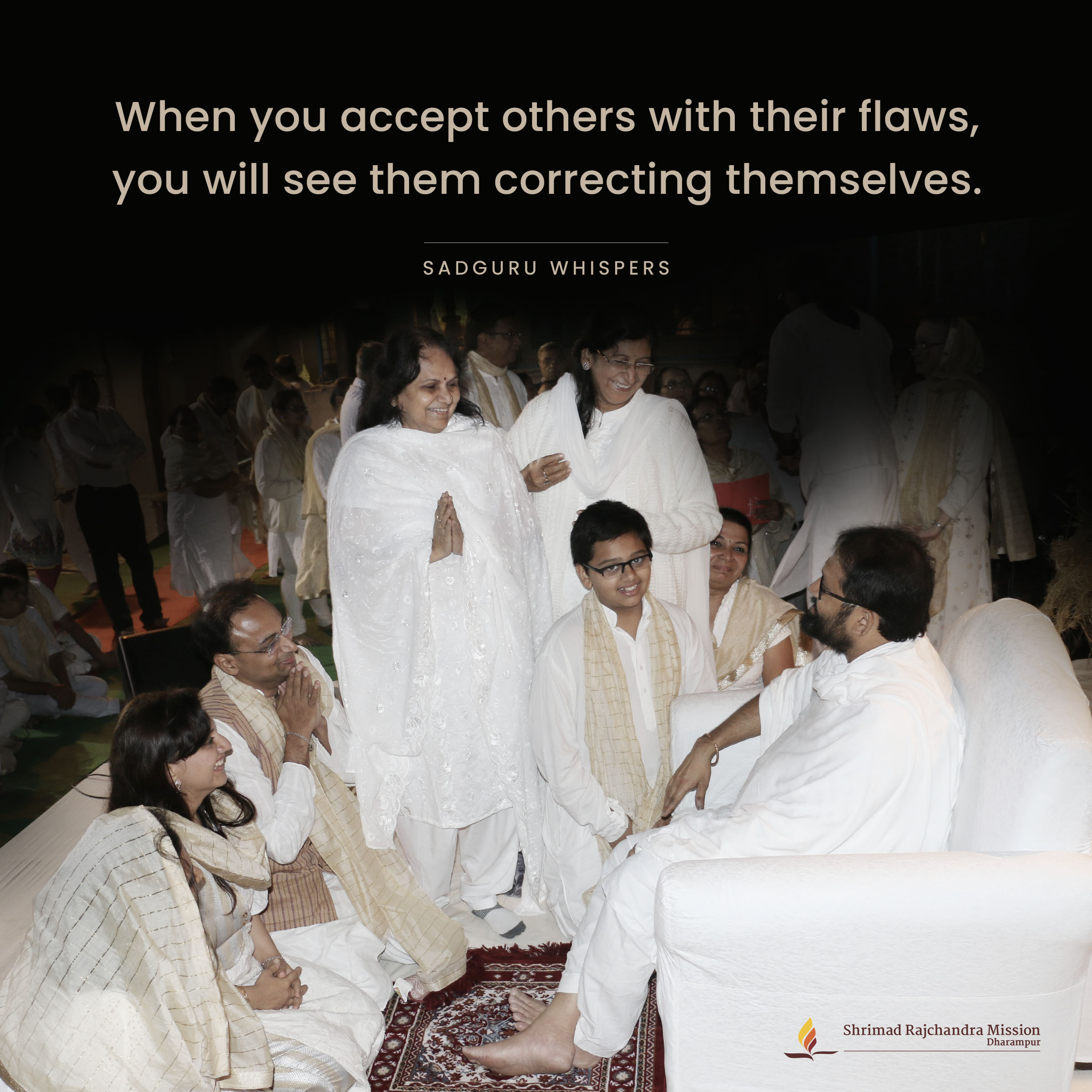 When you accept others with their flaws, you will see them correcting themselves. 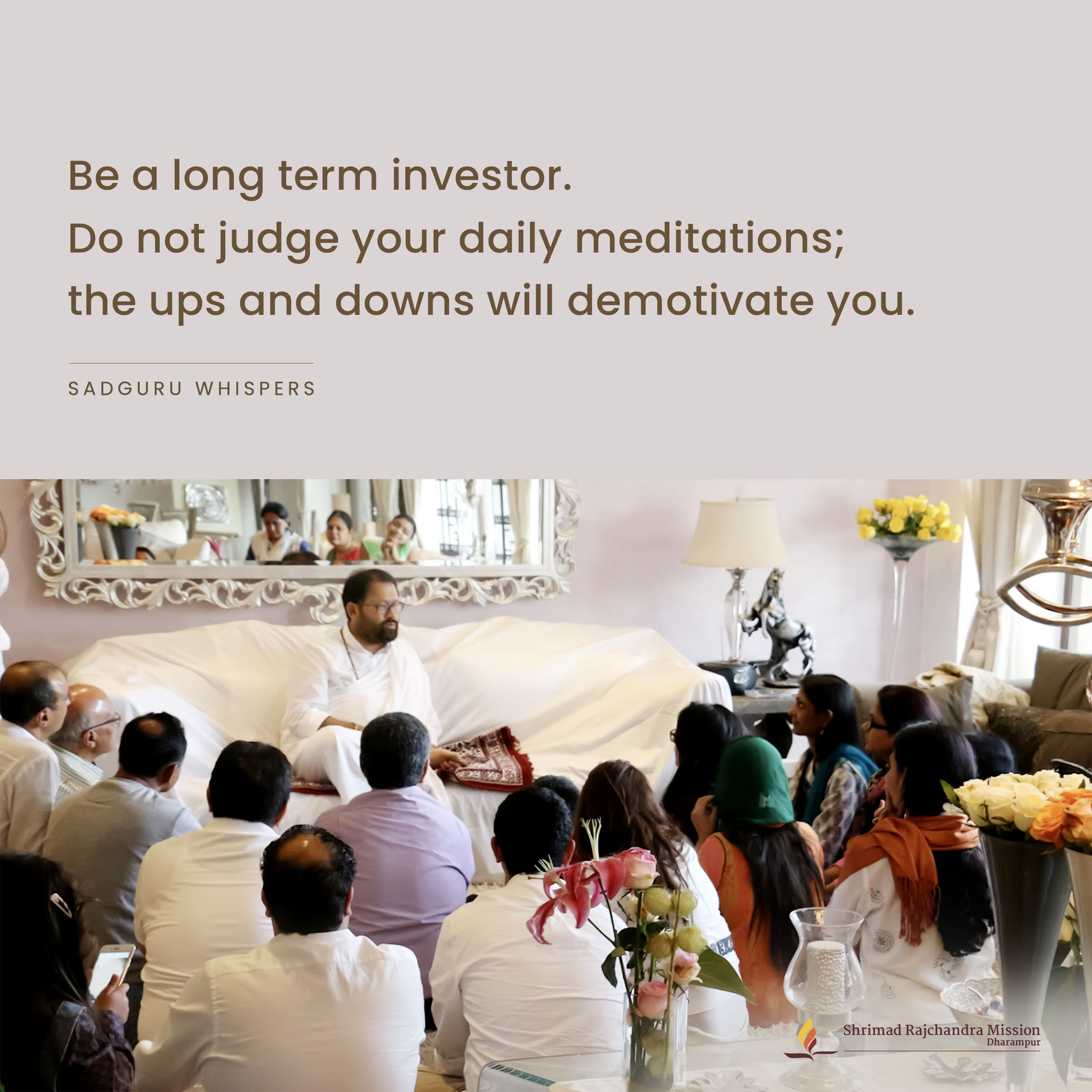 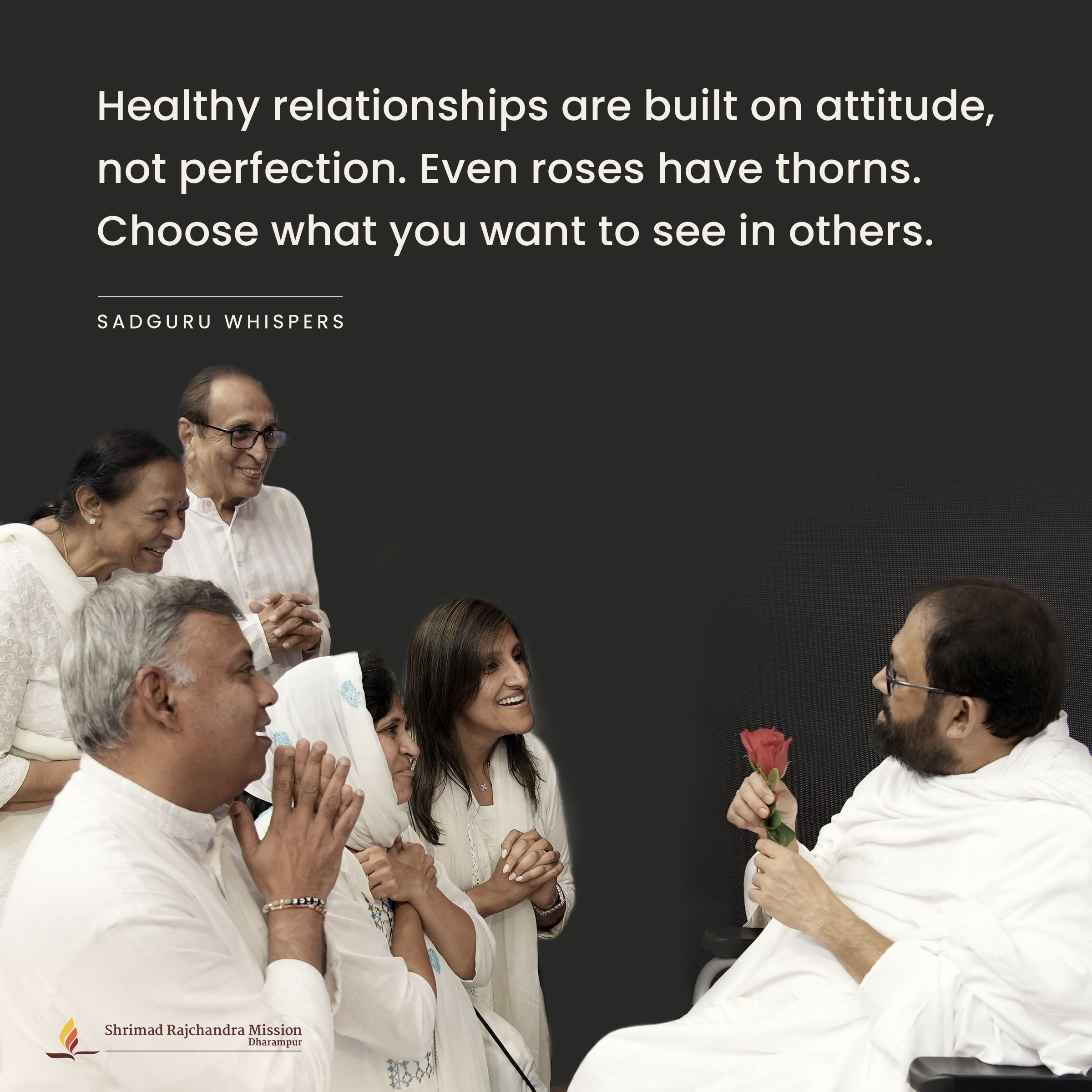 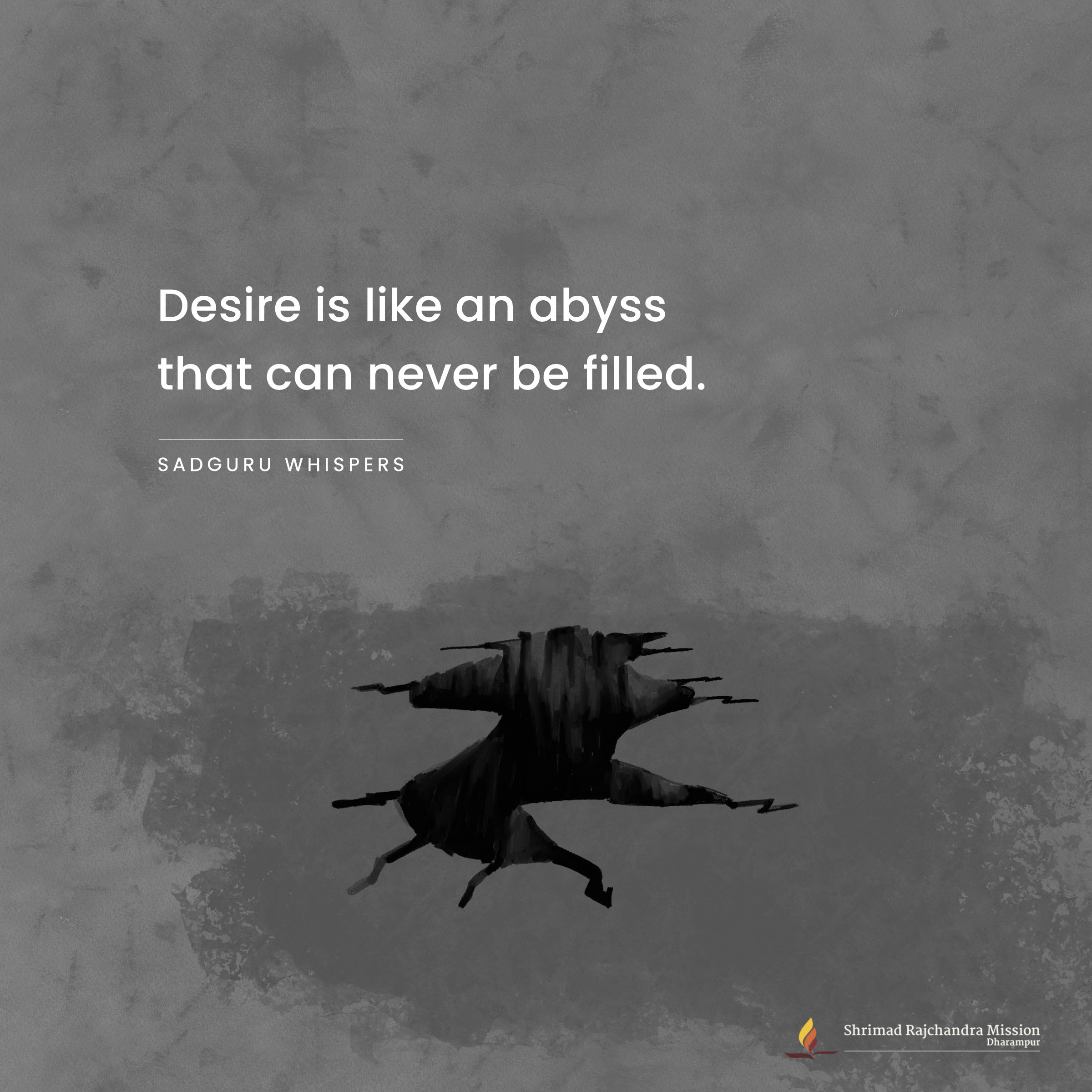 View All
#SadguruWhispers Be a long term investor. Do not judge your daily meditations; the ups and downs will demotivate you.